Speaking of sound systems, what I’m currently listening to is the pre-release stream of Trivium’s new album Shogun, via their MySpace page. Two songs in, it sounds a like they’ve mostly returned to a more heavy style, in line with their first two albums, as opposed to the much lighter, Metallica-like style of The Crusade, but we’ll see how the rest of it turns out. 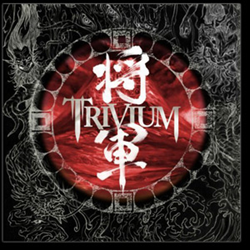 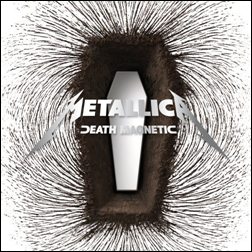 Speaking of Metallica, their new album, Death Magnetic, is pretty solid. A lot of people have been calling it a return to form, but that phrase gets thrown around a lot, and I’m not sure it makes sense in this case. What’s the form they’re returning to? To me, that would mean that the new album is a return to the Metallica of And Justice for All… and the albums previous to that. Their sound changed subtly after that to The Black Album, then drastically on Load and Re-Load, both of which I hated at first, but grew to appreciate a bit later. St. Anger was decent, and Death Magnetic is a pretty good follow-up, but it’s in that modern Metallica mode, not a true return to form. “Unforgiven III” and “The Day That Never Comes” are probably my two favorite tracks, but there’s plenty of other good stuff on there as well, and no songs I actively hate. I was especially glad to see them include an instrumental track again, as their instrumentals have always been some of my favorites (though this one is not in the league of “Orion” or “Call of Ktulu”).