END_OF_DOCUMENT_TOKEN_TO_BE_REPLACED

Anyone with mad photoshop skilz have time to work on a fun, zombie-related photoshop project? I could say, offer, a copy of The Living Dead or something in exchange for your efforts. If you’re interested, email me or leave a comment and we can discuss the project privately.

I’ve just updated my events schedule with some new appearances. Please drop by or tune in as appropriate!

Both Seeds of Change and The Living Dead are featured on the "new and notable" page of Amazon.com at the moment.

END_OF_DOCUMENT_TOKEN_TO_BE_REPLACED

Rose Fox of Publishers Weekly interviewed me for the PW Genreville blog. It’s for a feature called "Nuts & Bolts," so as the name implies the interview sort of explores how Seeds of Change was born and how the book came together.

Also, Scott Marlowe posted a nice review of the anthology on his blog: "If you’re looking for a healthy dose of thought-provoking literature leavened by a hefty shot of entertainment to put an exclamation on these final summer days, I highly recommend Seeds of Change."

And John Klima gave me a nice write-up for Tor.com, in which he talks about my anthology projects, and gives special kudos to Seeds of Change.

Another new review of Wastelands just appeared in Some Fantastic. The reviewer, Matthew Appleton says all kinds of nice things about the stories in a very long and detailed review, and sums up: “Wastelands is an excellent anthology that belongs on the shelf of any SF fan, and not just fans of post-apocalyptic fiction. It’s hard to imagine a better way to spend $15.95 on a themed collection of short fiction.” [PDF]

It’s a really nice analysis of the stories he talks about in detail—well-worth a read whether you’ve already read Wastelands or not.

Dorothy Emry reviews Seeds of Change for Static Multimedia, giving it 3.5 out of 4 stars: “Nine short stories equal one great read in Seeds of Change, the latest anthology edited by John Joseph Adams. The authors contributing to this collection serve up works that range from tragedy to comedy–each of them thought provoking.”

Ms. Emry goes on to post some additional thoughts on her MySpace blog, saying “The authors featured in Seeds could well be part of the next generation of big names and Adams is to be commended for gathering them in this anthology.”

And last but not least, NVF Magazine (New Voices in Fiction) has an interview with me which doesn’t focus on any one project, but instead pries a lot of background information out of me. The format can be a bit hard on the eyes, so I’d suggest hitting CTRL + A to select all the text on the page to make it a little easier to read.

My sister, Becky Sasala, has just opened up a "virtual bakery" called Baked by Becky. She doesn’t just make cakes, but designer cakes such as those seen below. And by “virtual bakery” she means that there is no actual bakery—unless her home kitchen counts–but she does do real baking, so you go, you place an order for something and you get an actual cake, not, you know, something photoshopped to look like a cake. 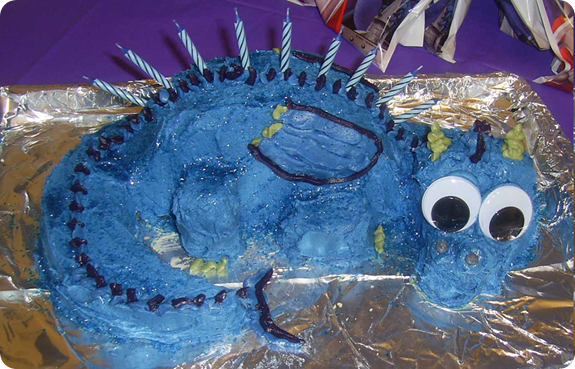 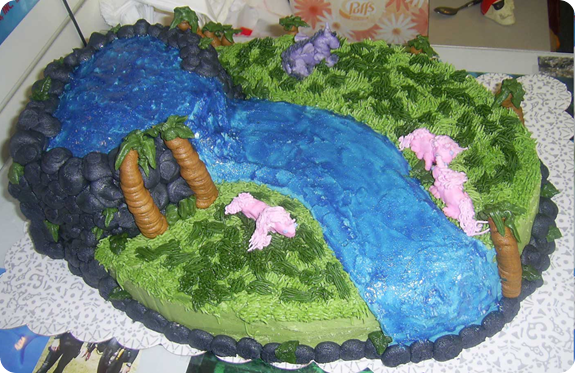