Fantasy Magazine is currently edited by Sean Wallace and Cat Rambo. Wallace, who is also the publisher of Prime Books and Fantasy Magazine, will stay on as publisher but will be stepping down as co-editor. Rambo, who in addition to her work as an editor is also an accomplished author, will be stepping down in order to focus on her writing. John Joseph Adams will edit Fantasy Magazine while continuing to edit Lightspeed Magazine (also published by Prime Books), bringing both magazines under the same editorial umbrella.

Fantasy’s new publishing approach will bring it in line with its sister magazine, Lightspeed. Like Lightspeed, Fantasy will:

Fantasy Magazine launched in 2005 as a print magazine, before transitioning to its current online model in 2007. The magazine’s current inventory, selected by Rambo and Wallace, will appear in the magazine through February 2011; Adams will take editorial control of the magazine immediately, and his first selections will debut in the March 2011 issue when the new website launches.

John Joseph Adams (www.johnjosephadams.com) is the bestselling editor of many anthologies, such as Wastelands, The Living Dead (a World Fantasy Award finalist), The Living Dead 2, The Way of the Wizard, By Blood We Live, Federations, and The Improbable Adventures of Sherlock Holmes. Barnes & Noble.com named him “the reigning king of the anthology world,” and his books have been named to numerous best of the year lists. Prior to taking on the role of editor at Lightspeed and Fantasy Magazine, John worked for nearly nine years in the editorial department of The Magazine of Fantasy & Science Fiction. In addition to his editorial work, John is also the co-host of io9.com’s Geek’s Guide to the Galaxy podcast. 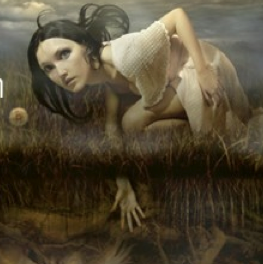