Nebulas: From November 15th, 2011, to February 15th, 2012, 11:59pm PST, Active and Associate SFWA members may submit nominations for the 2011 Nebula Awards. Nominations may be submitted through the online ballot, available here. For more information, visit SFWA’s How to Vote page.

Hugos: The 2011 Hugo Awards will be presented in Chicago, IL during Chicon 7, the 70th World Science Fiction Convention (Aug. 30-Sep. 3). Nominations close on Saturday, March 11, 2012, 23:59 PDT. Anyone who has a supporting or full membership of Chicon 7 as of January 31, 2012 and all members of Renovation (last year’s Worldcon) may nominate works. If you didn’t attend Renovation, and you don’t plan to attend Chicon 7, you can still nominate by purchasing a supporting membership. Nominations may be submitted through the online ballot, available here.

Here are all of the 2011 eligible stories/authors that either appeared in Lightspeed or Fantasy, or I’m otherwise affiliated with.

Plus, the following Lightspeed/Fantasy staff members are eligible for the Campbell: 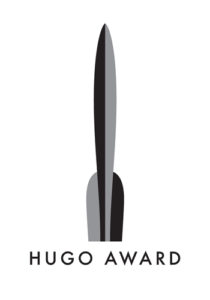