You may recall back in December I announced a title contest for my military fantasy anthology, which will be published in early 2015 by Baen Books. Well, the contest is now over, and all the entries have been duly considered, and we’ve decided on a title: OPERATION ARCANA.

The lucky winner who suggested OPERATION ARCANA is J.P. Behrens. Honorable Mention goes to Steven Howell for his suggestion of RUNES OF ENGAGEMENT. (And he almost had the same suggestion as the winner, with ARMS & ARCANA.)

So a big thanks to J.P. and Steven, and to all of the 150+ folks who made suggestions. (Since you could submit up to five titles, in total there were more than 700 entries!)

I’ll be clear to announce the full table of contents in about a month or so. Stay tuned! 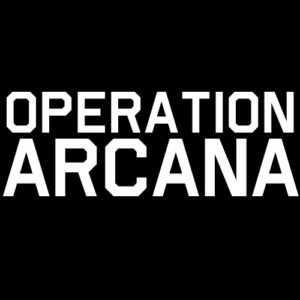