The second volume of The Apocalypse Triptych, THE END IS NOW, is now on sale. As you probably know, this is the second of a series of three anthologies I’m co-editing/publishing with Wool-author Hugh Howey.If you’re one of the readers who read and enjoyed volume one: Thank you! We’re glad to see you returning for volume two. You made the first volume a resounding success, and we couldn’t be more thrilled with both how well the book’s done in the marketplace—it got all the way up to #11 on the Amazon bestseller list—and with how well it’s been received by readers and critics.If you’re a reader who has not read The End is Nigh: Welcome! And fear not: You needn’t have read the first volume in order to enjoy the stories in this one. Although several of the stories in The End is Now are continuations of storylines that began in The End is Nigh, we’re confident that the authors have provided sufficient context that you can jump into these stories without any prior knowledge. 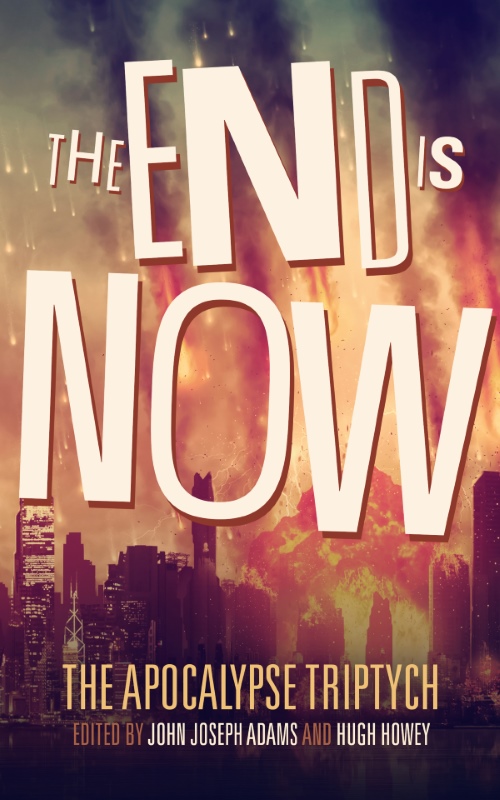 You can buy THE END IS NOW right now in the following formats:

But before any catastrophe, there are people who see it coming. During, there are heroes who fight against it. And after, there are the survivors who persevere and try to rebuild.

THE APOCALYPSE TRIPTYCH will tell their stories.

THE END IS NIGH is about the match.

THE END HAS COME is about what will rise from the ashes.

THE END IS NOW is about the conflagration.

THE END IS NIGH, of course, is ALSO still available, and now the ebook is available at the discounted price of $4.99. 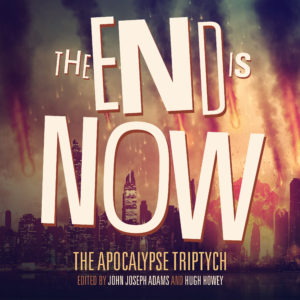