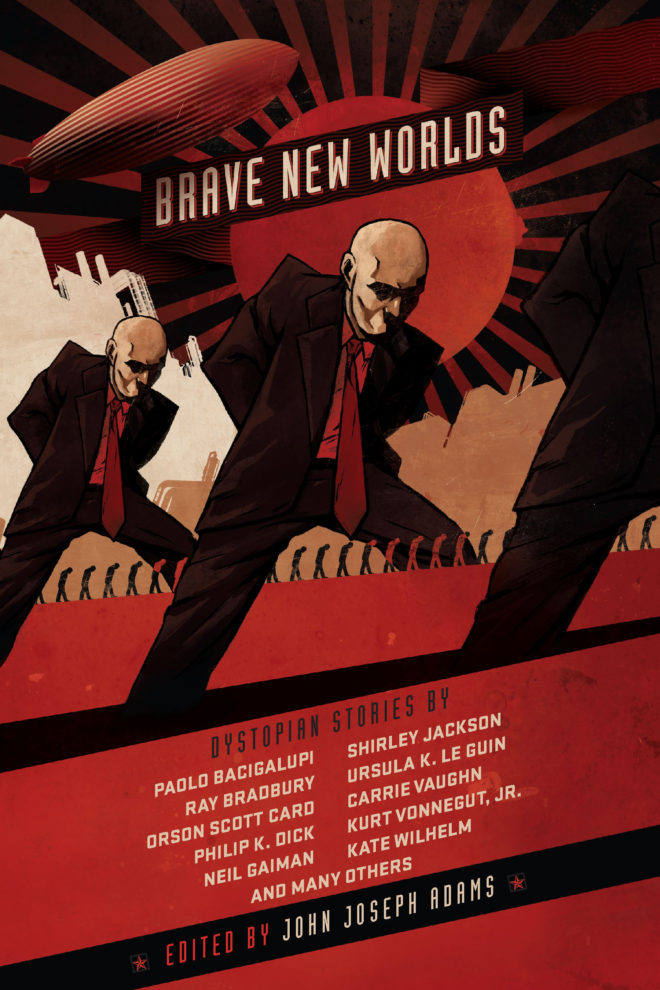 Familiar classics by such luminaries as Shirley Jackson, Ursula K. Le Guin, and J.G. Ballard rub shoulders with new standouts in this dark anthology of 33 dystopian futures and alternate worlds. […] Most of the stories are bleak, many are hopeless, and all serve as powerful warnings of what we may let ourselves become.

A simply magnificent anthology of short-form dystopian fiction that features dozens of cacotopian classics. And, as has come to be expected with any Adams anthology, there are no weak links—not a one. Every single one of the 33 stories included in Brave New Worlds is a standout work. It’s an all-star line-up of dystopian gems from front to back. […] This just isn’t a great anthology, it’s one that I will cherish forever and undoubtedly read again and again. [Named One of Barnes & Noble’s Best Books of 2011]

One of the best primers of dystopian literature you’ll find on shelves today. A perfect blend of classic and contemporary short stories about government control, technological subjugation and corporate espionage, each story offers a unique position on how we’re so apt to allow entities to control us… for our own good, of course. […] Once I started I found I couldn’t put it down. Once again, it would seem that editor John Joseph Adams knows how to pick ’em. […] [Night Shade Books has] hit another home run with Brave New Worlds.

An excellent roundup of high-class writing talent, all offering their interpretations of dystopian possibilities that should stick with the reader long after they finish the last story. [5 out of 5 stars]