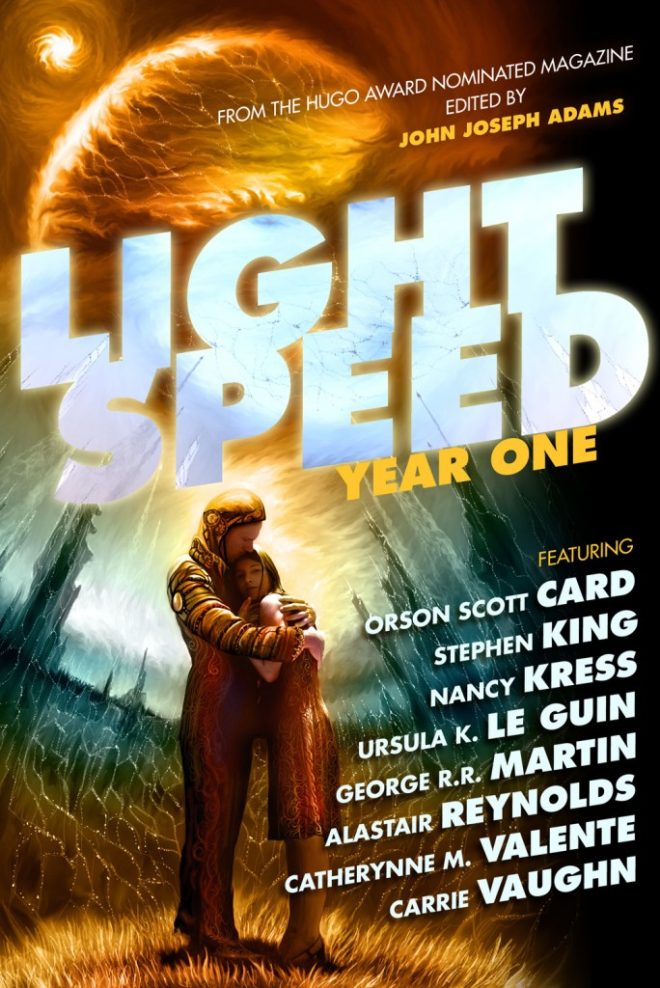 Lightspeed: Year One compiles all the fiction published by Lightspeed in its first year. Stories include Nebula Award finalists Vylar Kaftan’s “I’m Alive, I Love You, I’ll See You in Reno” and Adam-Troy Castro’s “Arvies” as well as Carrie Vaughn’s Hugo Award-nominated “Amaryllis.” Plus, there are classic stories by Stephen King, Ursula K. Le Guin, George R. R. Martin, and more. The popular, critically-acclaimed Lightspeed is edited by bestselling anthologist John Joseph Adams. Lightspeed publishes all types of science fiction, from near-future sociological soft sf to far-future star-spanning hard sf—and everything in between. Each month, Lightspeed features a mix of original and classic stories, from a variety of authors, showcasing the best new genre voices along with bestsellers, award-winners, fan favorites, and notable authors readers already know.

Praise for Lightspeed: Year One

Lightspeed editor Adams provides an outstanding print anthology of stories collected during the online SF magazine’s first year. These stories make it clear why Adams and the magazine have already separately been nominated for Hugo awards. […] The stories, though short, are hard-hitting and powerfully suggestive. […] Years of work on F&SF and numerous lauded reprint anthologies have clearly honed Adams’s talents and prepared him to be a major force in the field.

The stories are all flavours of science fiction, be it near-future, soft SF, steampunk, new weird, or hard SF.  […] An overall splendid collection of SF stories.

Lightspeed: Year One is an amazing collection of forty-seven tales from the first year of the new online magazine Lightspeed’s existence. […] An excellent collection of old and new stories from some of the biggest names in SF writing.

—Curled Up with a Good Book