ESSAY: The Five Stages of Grief in Trump’s America

In conjunction with the publication of A PEOPLE’S FUTURE OF THE UNITED STATES, a website commissioned an essay from me. They rejected it for being “too political.” When the book came out, I tweeted it out instead, but here it is in its entirety.

Many thanks for allowing me to consider your dystopian vision of America, “Make America Great Again,” but I’m afraid it’s just not for me.

I appreciate all of the effort that must have gone into trying to figure out how to nefariously, systematically tear apart the country piece by piece, but this just seems—even to me, an expert on dystopias—too brutal and extreme and cruel, even for fiction.

I can’t help but think that all that effort would be better spent elsewhere. I’d encourage you to review our guidelines [archives.gov/founding-docs/constitution] and try again.

Though to be honest I feel like what you’re trying to do just isn’t right for us and perhaps we would all be better served if you shopped your ideas elsewhere.

That’s the kind of rejection letter I’d write if Donald Trump were submitting his ideas to me for one of my anthologies, and it’s actually the faux editorial letter I wrote to him in a series of tweets last year.

But of course, as a citizen, I’d already rejected him. I’d rejected him as soon as he entered the national stage with the hateful speech he used to launch his candidacy. And so as the election results rolled in on November 8, 2016, I began going through the Five Stages of Grief:

The final stage, of course, is Acceptance, and that’s where I’ve been stuck for some twenty-seven months now.

Because Acceptance would mean that I was okay with bigotry, with hatred, with a kleptocratic regime, with rank corruption, with mind-boggling hypocrisy, with lies upon lies upon lies every day, with the rampant abuse of power, with the flagrant obstruction of justice, with thoughts and prayers as the only solution offered to the epidemic of gun violence, with tax cuts and policies enacted to benefit the ultra-rich at the expense of the middle-class and poor, with the possibility of a candidate colluding with a foreign adversary to steal a presidency, and with a president who seems to be the ready and willing lapdog to that same foreign adversary.

Here’s one larger point that I never hear anyone talking about that I refuse to Accept:

Let’s say a president conspires with a foreign power to steal an election—or in some way cheats so as to massively tip the scales of an election in their favor. You’d think that in any functional democracy or republic there would be strict safeguards in place that, should such an unthinkable thing occur, the perpetrator would be swiftly contained and prevented from running roughshod over the country.

For the sake of argument, let’s say that, as has been alleged, President Trump and/or associates did engage in a conspiracy to help Trump get elected. Aside from the massive national security implications of that conspiracy if it involved a foreign adversary, and the fact that the President and/or his associates might have committed treason—which are admittedly huge fucking asides—that would mean the election was stolen… yet Trump ascended to the office of President and is still President some 25 months later.

I’d ask you to imagine what a person unfit for the office could do with 25 months as President, but you don’t have to; just turn on the news.

So let’s say that’s what happened, that some form of cheating tipped the election in Trump’s favor. But let’s also imagine that Republicans in congress in 2016 cared more about rule of law than holding onto the reins of power and/or pushing their agenda. What would have happened if they had impeached Trump for high crimes and misdemeanors and/or treason?

If the vice president was not ensnared in these crimes (which is by no means guaranteed in this case), then the president is removed from office and the VP becomes President. So, in this scenario, Republicans still capture the Presidency despite getting there via fruit of the poisonous tree.

Or, let’s say the VP is removed at the same time because he is implicated in the same crimes. Then the Speaker of the House would become president…which, in 2016, was Paul Ryan, another Republican. So in this scenario, Republicans still win, even though their candidate cheated to win the election.

But even if today Trump and Pence together are impeached, with current Speaker of the House Nancy Pelosi next in line in the order of succession, although Democrats will have taken over the presidency after ousting a corrupt criminal president… Trump and Republicans will still have gotten to appoint not one but two Supreme Court justices to lifetime appointments. Not to mention all of the other judges in lower courts that they’ve been able to appoint as a result of an illicitly captured presidency.

Given all of the above, if shifting the country to the extreme right is your goal, isn’t it easy to imagine that someone, somewhere might think it was worth the risk to cheat to steal an election? What are the chances you’d be actually be caught? And even if you were, how much could you get away with, how much could you live it up in the meantime? And if you’re surrounded by similarly corrupt colleagues, what are the chances you’d actually do jail time? What if you’ve probably only got 10-15 years left in this world? Might it not seem like a good gamble?

And does it seem so hard to imagine that this might encourage a party to try to duplicate such a scenario in the future?

All I can say to that is:

And so: Acceptance? No, sir. Fuck you very much, sir. I most vehemently do not accept any fucking bit of this, sir.

I’m not a politician, or a pundit, or a lawyer, or a constitutional scholar. But as noted above, I am an expert on dystopias. So I’d like to think that examining all of those fictional societies has put me in a good position to consider and contextualize the one we actually live in.

I could call or write to my congressional representatives. But anyone can do that. I could protest. But again, anyone can do that. I can and did do all of that, but I couldn’t only do that. I work in publishing. And if there’s one thing that the Trump administration has reinforced day after day, it’s that words have power. You can use that power for good or ill—and unfortunately the President has chosen to use them as weapons—but the good thing is we all have words. We all have that power. And after 18+ years in the publishing industry I know very well that books can take a single voice’s power and multiply it exponentially.

And that’s why I—in collaboration with my co-editor Victor LaValle—decided to assemble A People’s Future of the United States. And in it we magnify the voices of 25 amazing writers who imagined for us 25 different futures, full of anguish and hope and joy and pain, and maybe some ideas about how we can reclaim the future of America.

I don’t kid myself; a book like this one probably isn’t going to change the world.

But maybe it’ll change a mind.

And if that’s all it does, I’ll take it.

My fear, of course, is that the people who really need to read a book like this one will never pick it up.

But maybe, just maybe it can help us find a new future to believe in.

Return to A People’s Future of the United States 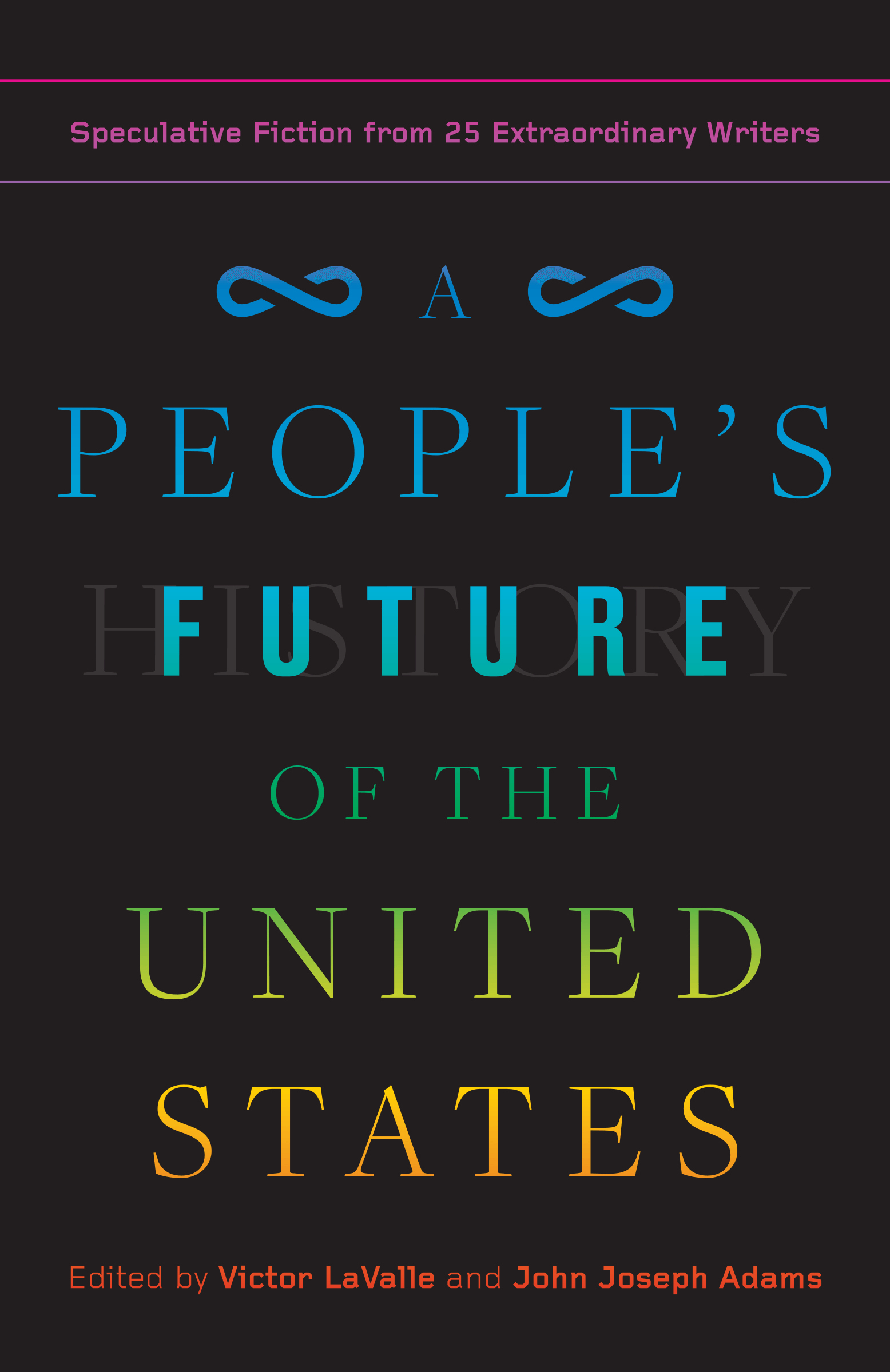