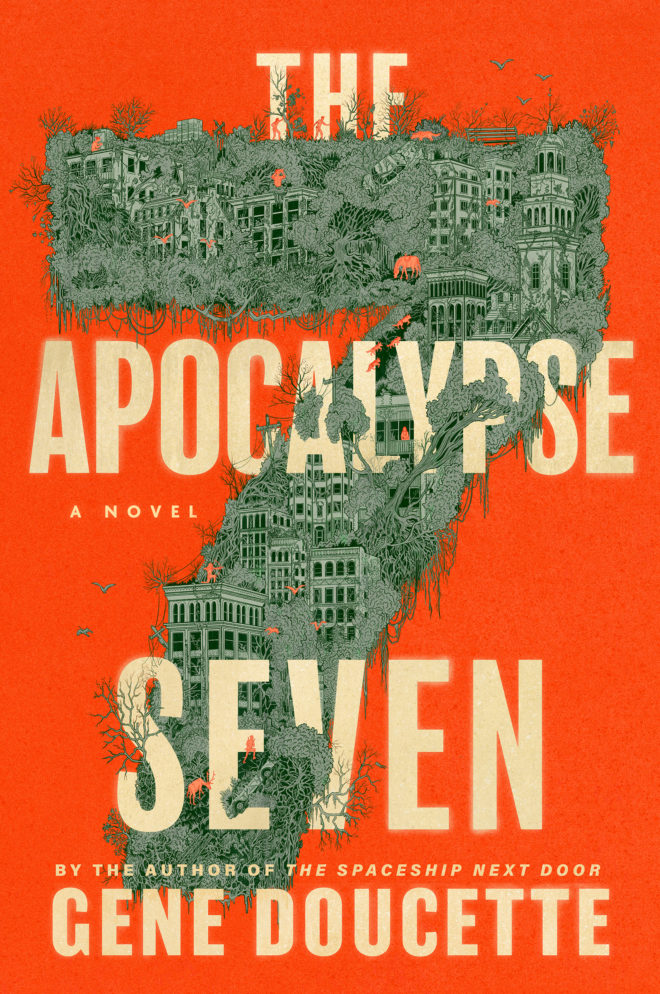 This is the way the world ends. Not with a bang, but a whatever.

The whateverpocalypse. That’s what Touré, a twenty-something Cambridge coder, calls it after waking up one morning to find himself seemingly the only person left in the city. Once he finds Robbie and Carol, two equally disoriented Harvard freshmen, he realizes he isn’t alone, but the name sticks: Whateverpocalypse. But it doesn’t explain where everyone went. It doesn’t explain how the city became overgrown with vegetation in the space of a night. Or how wild animals with no fear of humans came to roam the streets.

Add freakish weather to the mix, swings of temperature that spawn tornadoes one minute and snowstorms the next, and it seems things can’t get much weirder. Yet even as a handful of new survivors appear—Paul, a preacher as quick with a gun as a Bible verse; Win, a young professional with a horse; Bethany, a thirteen-year-old juvenile delinquent; and Ananda, an MIT astrophysics adjunct—life in Cambridge, Massachusetts gets stranger and stranger.

The self-styled Apocalypse Seven are tired of questions with no answers. Tired of being hunted by things seen and unseen. Now, armed with curiosity, desperation, a shotgun, and a bow, they become the hunters. And that’s when things truly get weird.

GENE DOUCETTE is the author of more than twenty sci-fi and fantasy titles, including The Spaceship Next Door and The Frequency of Aliens, the Immortal series, Fixer and Fixer Redux, Unfiction, and the Tandemstar books. Gene lives in Cambridge, Massachusetts.