I was a guest on the HOUR OF THE WOLF radio show this morning, during which I discussed Lightspeed, The Geek’s Guide to the Galaxy, Sherlock Holmes, and other topics. If you missed it, or if you just loved it so much you want to listen to it again, you can do via the show’s web site. The show features Brilliance Audio’s production of “Dynamics of a Hanging” by Tony Pi (read by Simon Vance), which comes from the forthcoming unabridged audiobook version of the anthology.

By Blood We Live and The Improbable Adventures of Sherlock Holmes are now both available as ebooks from the Baen Webscription store. Free ebook samplers of both anthologies are also available.

Amazon.com is now showing stock of my new anthology The Improbable Adventures of Sherlock Holmes, which means the game is officially afoot!

Please note that if you’re going to go look for it in a brick & mortar store, there’s a good chance the book will be located in the mystery section, so if you don’t see it in SF/fantasy, be sure to look for it there.

If you’re on the fence about it, take a look at the anthology’s website, which features some interviews with the authors and several pieces of free fiction.

My vampire anthology By Blood We Live is now on sale, and so I’m launching the anthology’s website, which features the complete text of 8 stories from the book. 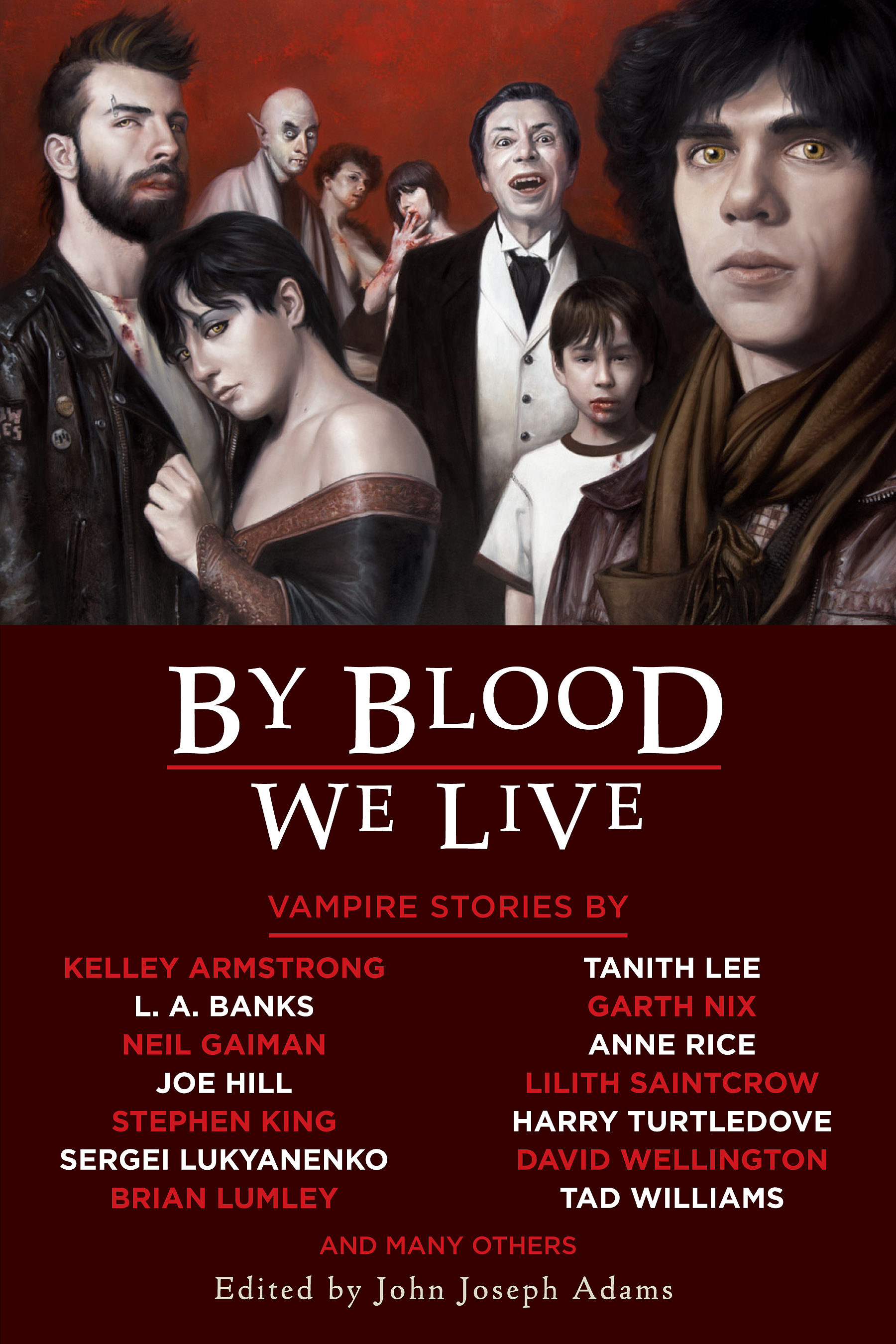 Vampires. They are the most elegant of monsters—ancient, seductive, doomed, deadly. They lurk in the shadows, at your window, in your dreams. They are beautiful as anything you’ve ever seen, but their flesh is cold as the grave, and their lips taste of blood. From Dracula to Twilight, from Buffy the Vampire Slayer to True Blood, many have fallen under their spell. Now acclaimed editor John Joseph Adams brings you 33 of the most haunting vampire stories of the past three decades, from some of today’s most renowned authors of fantasy, science fiction, and horror.

Charming gentlemen with the manners of a prior age. Savage killing machines who surge screaming from hidden vaults. Cute little girls frozen forever in slender bodies. Long-buried loved ones who scratch at the door, begging to be let in. Nowhere is safe, not mist-shrouded Transylvania or the Italian Riviera or even a sleepy town in Maine. This is a hidden world, an eternal world, where nothing is forbidden…as long as you’re willing to pay the price.

And here’s the URL: www.johnjosephadams.com/by-blood-we-live

My next anthology, The Improbable Adventures of Sherlock Holmes, is coming out in September, but I’m launching the site for that now as well: 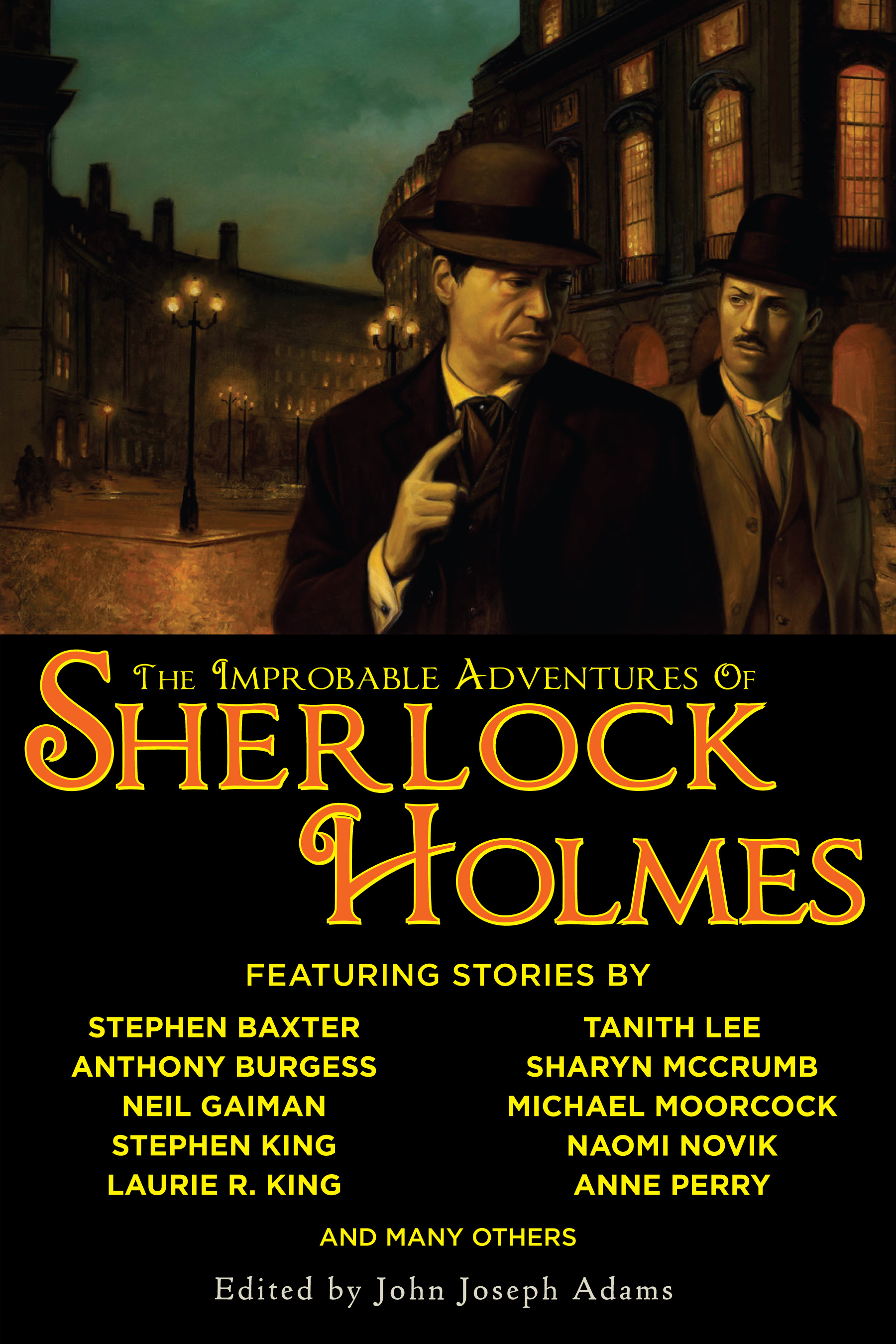 Sherlock Holmes is back!

Sherlock Holmes, the world’s first—and most famous—consulting detective, came to the world’s attention more than 120 years ago through Sir Arthur Conan Doyle’s novels and stories. But Conan Doyle didn’t reveal all of the Great Detective’s adventures…

Here are some of the best Holmes pastiches of the last 30 years, twenty-eight tales of mystery and the imagination detailing Holmes’s further exploits, as told by many of today’s greatest storytellers, including Stephen King, Anne Perry, Anthony Burgess, Neil Gaiman, Naomi Novik, Stephen Baxter, Tanith Lee, Michael Moorcock, and many more.

These are the improbable adventures of Sherlock Holmes, where nothing is impossible, and nothing can be ruled out. In these cases, Holmes investigates ghosts, curses, aliens, dinosaurs, shapeshifters, and evil gods. But is it the supernatural, or is there a perfectly rational explanation?

You won’t be sure, and neither will Holmes and Watson as they match wits with pirates, assassins, con artists, and criminal masterminds of all stripes, including some familiar foes, such as their old nemesis, Professor Moriarty.

In these pages you’ll also find our heroes crossing paths with H. G. Wells, Lewis Carroll, and even Arthur Conan Doyle himself, and you’ll be astounded to learn the truth behind cases previously alluded to by Watson but never before documented until now. These are tales that take us from the familiar quarters at 221B Baker Street to alternate realities, from the gaslit streets of London to the far future and beyond.

Whether it’s mystery, fantasy, horror, or science fiction, no puzzle is too challenging for the Great Detective. The game is afoot!

And the URL is www.johnjosephadams.com/sherlock-holmes

I’m editing a new reprint anthology of Sherlock Holmes fiction for Night Shade Books, which is scheduled for publication this fall. The working title is The Improbable Adventures of Sherlock Holmes, and it will contain tales of both mystery and the fantastic.

As with my past reprint projects, I’ve setup a database to solicit recommendations of Sherlock Holmes fiction. Since the book will include tales of multiple genres, pretty much any story featuring Sherlock Holmes is eligible for consideration.

ETA: The book is done, so recommendations are now closed. Thanks!