John is currently represented by Seth Fishman of The Gernert Company agency.

John Joseph Adams is the editor of John Joseph Adams Books, a science fiction and fantasy imprint from Houghton Mifflin Harcourt. He is also the series editor of Best American Science Fiction and Fantasy, as well as the bestselling editor of more than thirty anthologies, such as Wastelands, The Living Dead, and The Dystopia Triptych. He is also the editor and publisher of the Hugo Award-winning Lightspeed, and is a producer for WIRED’s The Geek’s Guide to the Galaxy podcast. Learn more at johnjosephadams.com.

John Joseph Adams is the editor of John Joseph Adams Books, a science fiction and fantasy imprint from Houghton Mifflin Harcourt. He is also the series editor of Best American Science Fiction and Fantasy, as well as the bestselling editor of more than thirty anthologies, including Wastelands and The Living Dead. Recent books include Cosmic Powers, What the #@&% Is That?, Operation Arcana, Press Start to Play, Loosed Upon the World, and The Apocalypse Triptych. Called “the reigning king of the anthology world” by Barnes & Noble, John is a two-time winner of the Hugo Award (for which he has been a finalist twelve times) and an eight-time World Fantasy Award finalist. John is also the editor and publisher of the digital magazine Lightspeed and publisher of its sister-magazines Fantasy and Nightmare. He’s also a producer for WIRED’s The Geek’s Guide to the Galaxy podcast. Find him online at johnjosephadams.com and @johnjosephadams.

John Joseph Adams is the editor of John Joseph Adams Books, a science fiction and fantasy imprint from Houghton Mifflin Harcourt. He is also the series editor of Best American Science Fiction and Fantasy, as well as the bestselling editor of more than thirty anthologies, including Cosmic Powers, What the #@&% Is That?, Operation Arcana, Press Start to Play, Loosed Upon the World, Dead Man’s Hand, Robot Uprisings, Oz Reimagined, The Mad Scientist’s Guide to World Domination, Other Worlds Than These, Armored, Under the Moons of Mars, Brave New Worlds, Wastelands, The Living Dead, The Living Dead 2, By Blood We Live, Federations, The Improbable Adventures of Sherlock Holmes, and The Way of the Wizard.

Recent books include The Dystopia Triptych, A People’s Future of the United States, and Wastelands: The New Apocalypse.

John is a two-time winner of the Hugo Award (for which he has been a finalist twelve times) and an eight-time finalist for the World Fantasy Award. He has been called “the reigning king of the anthology world” by Barnes & Noble, and his books have been lauded as some of the best anthologies of all time.

In addition to his anthology work, John is also the editor and publisher of the digital magazine Lightspeed and is publisher of its sister-magazines Nightmare and Fantasy. Prior to taking on that role, John worked for nine years in the editorial department of The Magazine of Fantasy & Science Fiction.

John has written reviews for Publishers Weekly, Kirkus Reviews, Locus Magazine, Amazing Stories, Audible.com, Strange Horizons, and Intergalactic Medicine Show. His other nonfiction writing has appeared in venues such as io9, Syfy Wire, Tor.com, and Wired.com. John is also currently a producer for WIRED’s The Geek’s Guide to the Galaxy podcast. He also served as a judge for the 2015 National Book Award.

I got started reading sf/fantasy at an early age, though I never identified as a genre-reader until I was much older–18 or so–so several years past the “golden age” of sf. As a kid, I read lots of sf and fantasy, like A Wrinkle in Time, The Hitchhiker’s Guide to the Galaxy, Piers Anthony’s Xanth series, and Robert Asprin’s Myth books, but my sister was my primary supplier, and others I received as gifts, etc., so I never did much book shopping of my own. So when I grew up and had to start buying things for myself, I kind of poked around in other sections and it took me a while to get back to sf. Robin Cook’s medical thrillers are an important factor in leading me back to sf, though they also sent me on a detour through the mystery section. But Cook lead me to Michael Crichton, and my mom happened to have a copy of Jurassic Park laying around the house. I’m not even sure if she ever read it, but I stole her copy and devoured it, and subsequently devoured the rest of his work. At some point, I ran out of Crichton’s sfnal books, and was at a loss where else to get that fix. My then brother-in-law suggested I try some sf. I balked at first, as I had a lot of strange assumptions about sf, despite having read much of it as a kid, including the idea that it would be too difficult for me to understand. To which my brother-in-law helpfully pointed out: If you can handle all the science in a Crichton novel, you can handle the science in pretty much any sf novel.

So, with my brother-in-law’s guidance, I got back into sf with Mars by Ben Bova. We chose that book in particular because it’s basically a medical thriller on Mars. From there I read all the Bova I could get my hands on, and branched out to Robert J. Sawyer with The Terminal Experiment, mainly because I saw it in the bookstore and the caduceus on the spine caught my eye. Sawyer would have been a more natural author to latch onto, given that he generally writes books very similar to Crichton’s, except that in his, science is not necessarily the bad guy, as it always is in Crichton’s books. (A realization that soured me on Crichton’s work to some degree in retrospect, and then some of his public comments and his later novels soured me further.)

During this time when I was doing this exploring of sf, I was working at a Waldenbooks and reading books at a rate that I look back upon and envy. But during my time working there–this was back in the mid-90s, before Amazon was really big, and people still actually often ordered books at the bookstore–a bunch of customers started ordering this book called The Stars My Destination. I hadn’t heard of it, or its author, Alfred Bester. The sudden popularity of it confused me; it was being ordered as if it were something that had just been featured on tv. So I asked the next person who had ordered it if she knew why it was suddenly being ordered so often, and she explained that it had been out of print for a long time and had just come back into print. (I would later learn that it was out of print for a long time, despite being a science fiction classic, because when Alfred Bester died, he left his literary estate to his bartender, who didn’t know how to manage it.) The cover of that edition–the Vintage trade paperback edition from about 1996, with the hand holding the ball of PyrE–doesn’t necessarily scream science fiction, but the vaguely fantastical imagery on the cover and the word “stars” in the title prompted my curiosity to see what the book was all about. And when I read the cover copy and saw that it praised it as a classic and labeled Bester as a master of science fiction, I figured I’d give it a shot.

It BLEW MY MIND. After reading that book, my reading life became all about finding other books like that one. Up to that point, I’d read a number of sf novels that I liked a great deal, and still to this day remember fondly, but it wasn’t until The Stars My Destination that I realized the heights that science fiction was capable of attaining, and it wasn’t until then that I narrowed my reading focus almost exclusively to sf in my efforts to find more books that effected me in that same way.

There’s a paragraph in the book from the early part of chapter one that describes “common man” protagonist Gully Foyle’s state of mind. He’s been stuck, as the lone survivor, on a spaceship for 170 days, and watches as another ship approaches his, ignores his distress call, and leaves him to die:

He had reached a dead end. He had been content to drift from moment to moment of existence for thirty years like some heavily armored creature […] but now he was adrift in space for one hundred and seventy days, and the key to his awakening was in the lock. Presently it would turn and open the door to holocaust.

So that’s the key to Gully’s awakening. I think of The Stars My Destination as mine.

[The above personal bio first appeared in an interview with me on Tor.com.]

All of the images in the gallery below are licensed for promotional or publicity use. Please include the photo credit when you publish the image. All photos in the following gallery are ©2018 by Jeffrey San Juan. 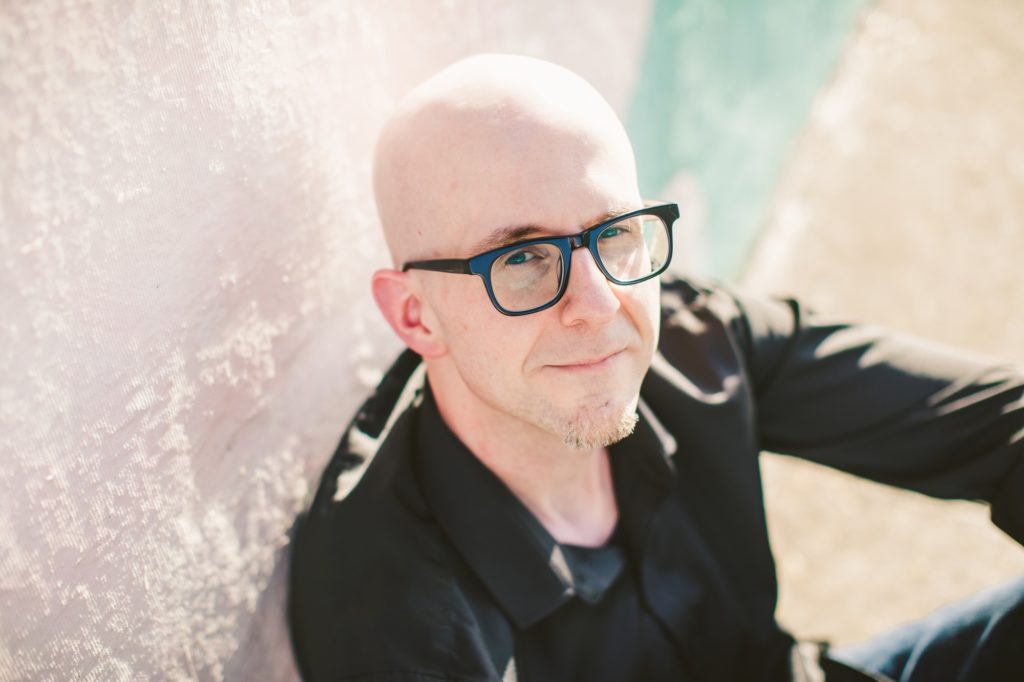 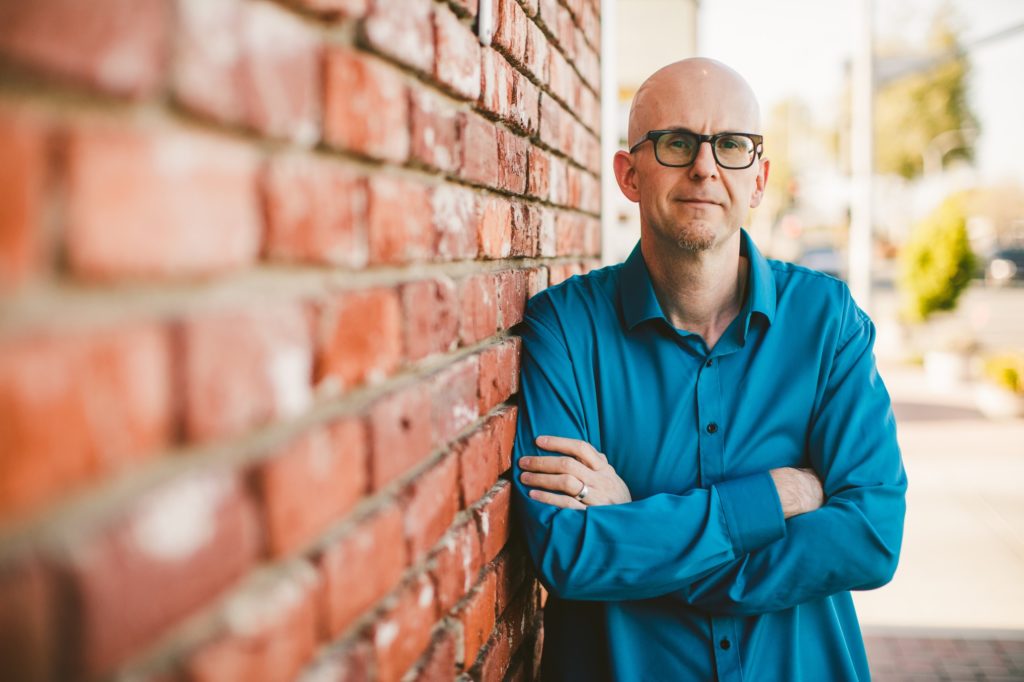 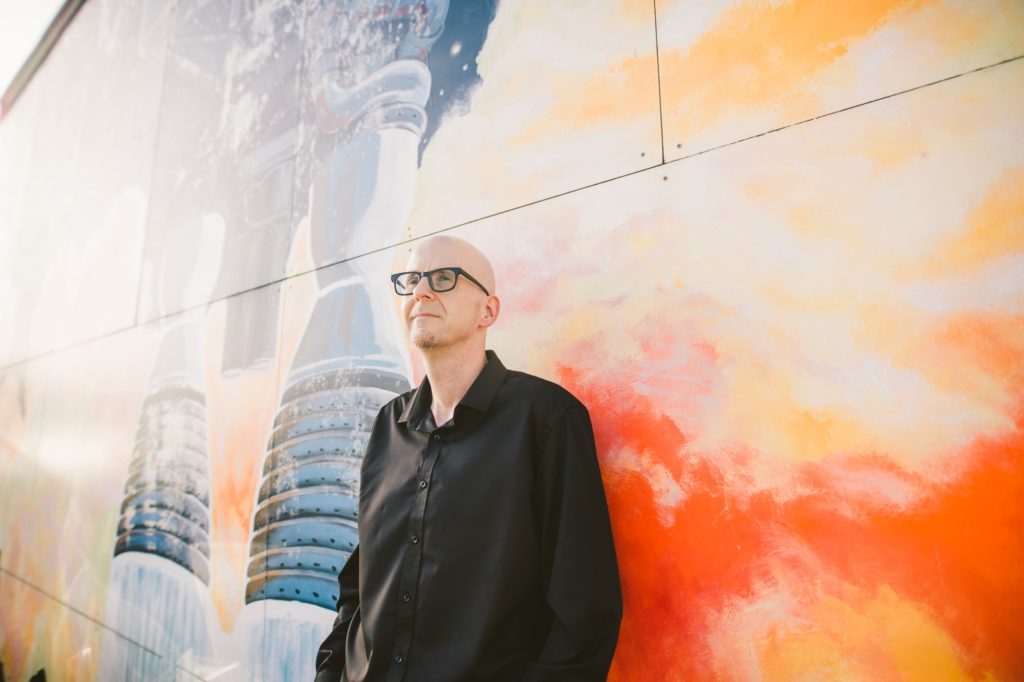 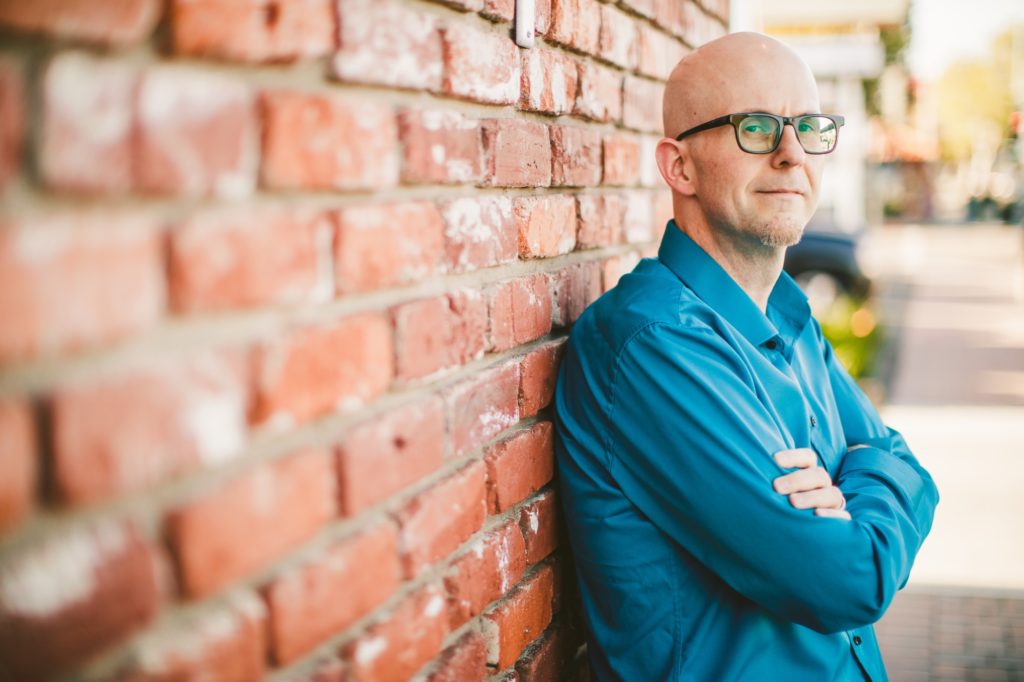 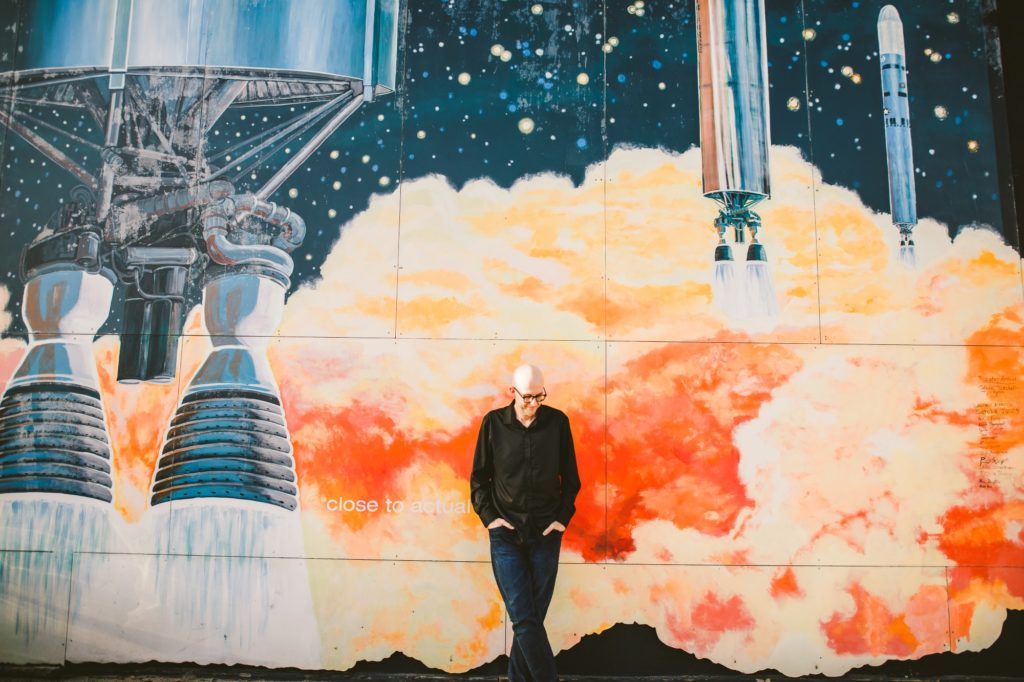 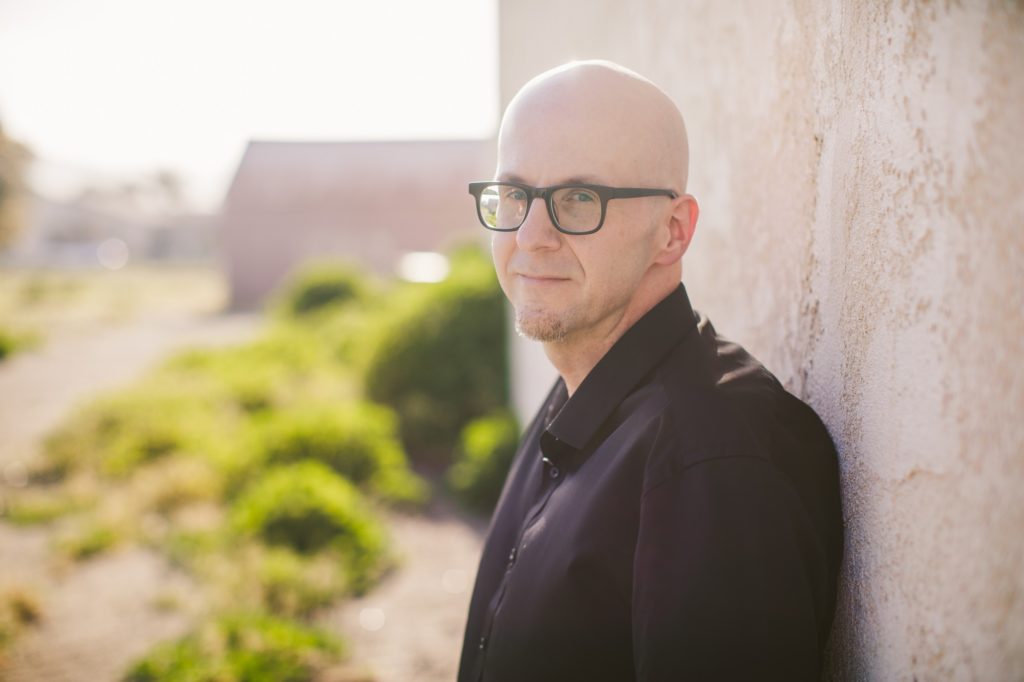 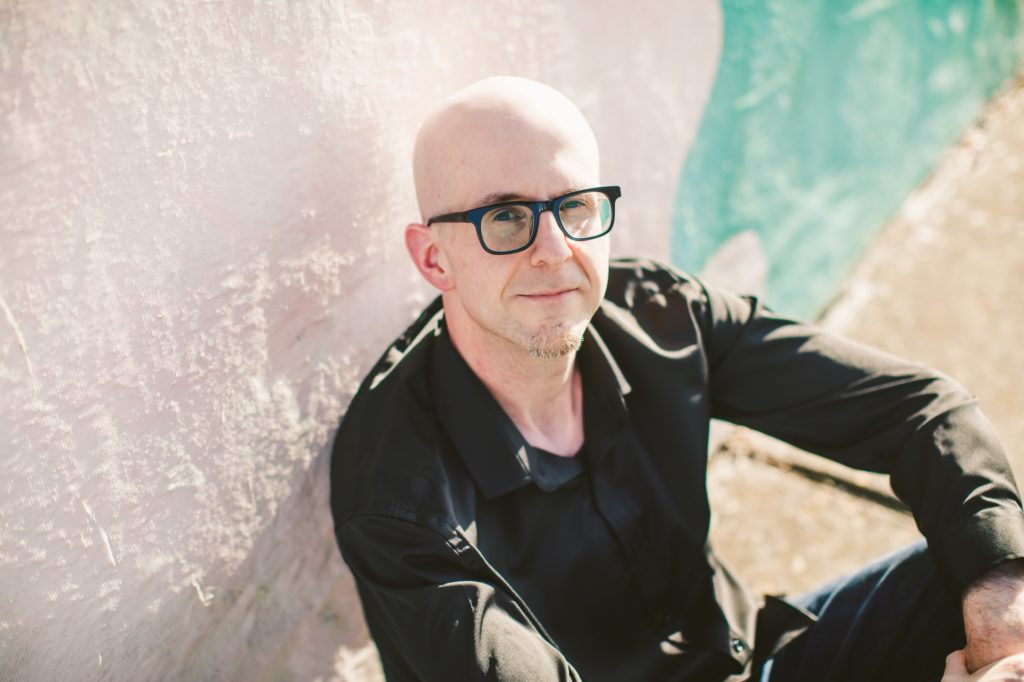 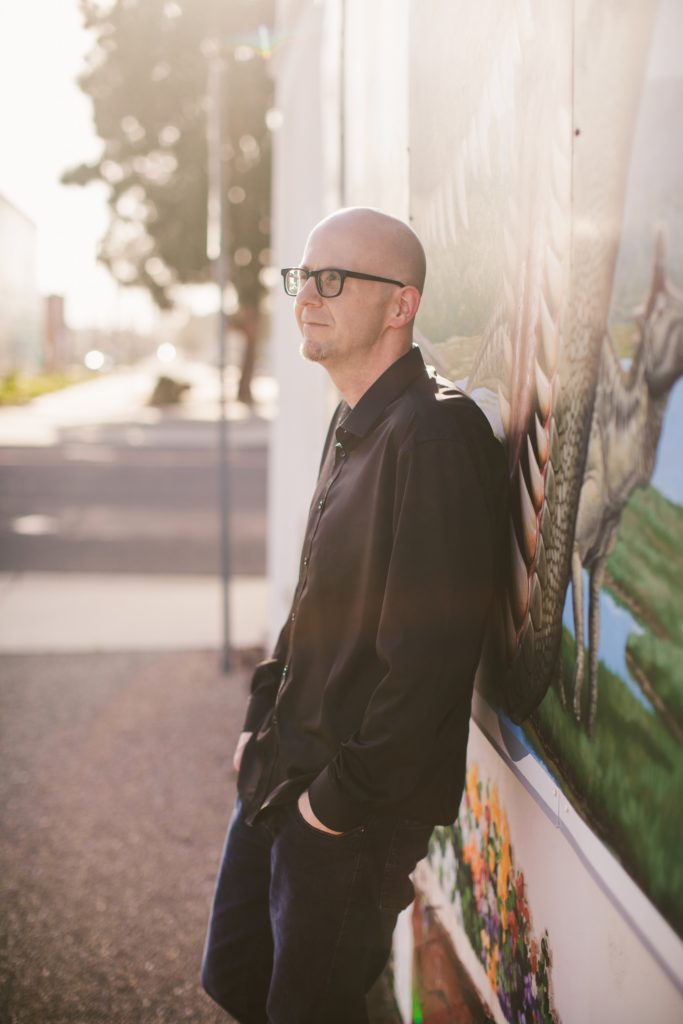 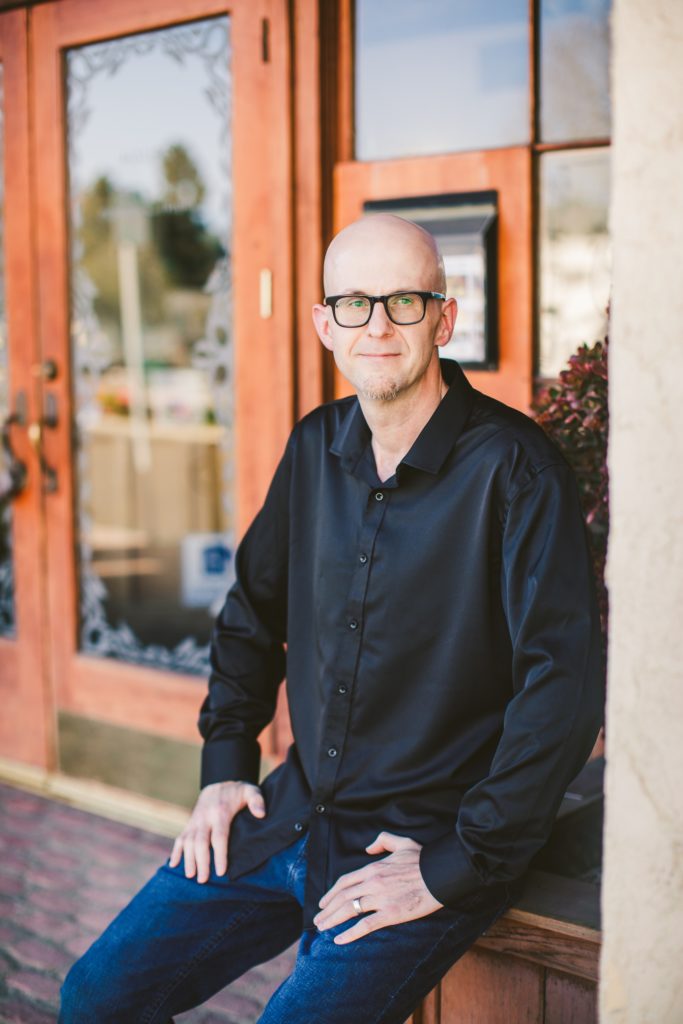 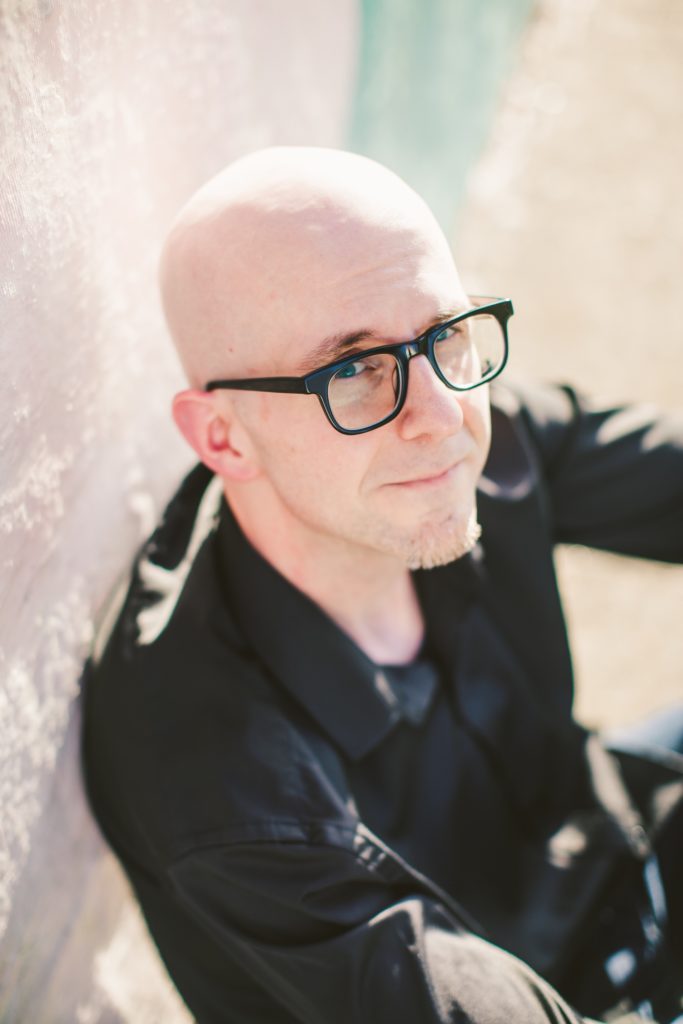