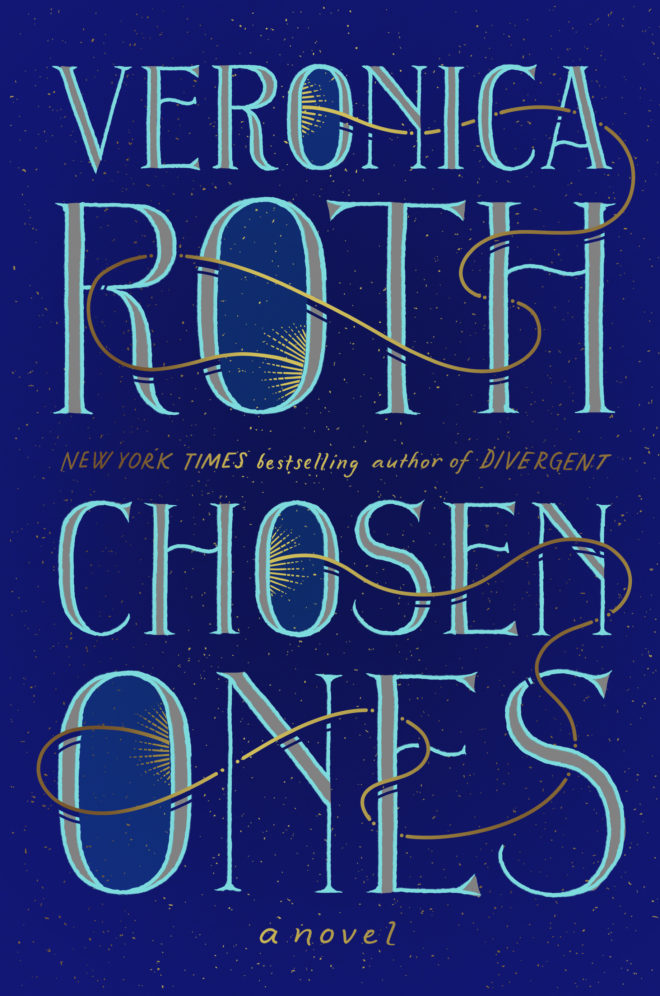 SAVING THE WORLD ONCE MADE THEM HEROES. SAVING IT AGAIN MAY DESTROY THEM.

Fifteen years ago, five ordinary teenagers were singled out by a prophecy to take down an impossibly powerful entity wreaking havoc across North America. He was known as the Dark One, and his weapon of choice—catastrophic events known as Drains—leveled cities and claimed thousands of lives. Chosen Ones, as the teens were known, gave everything they had to defeat him.

After the Dark One fell, the world went back to normal . . . for everyone but them. After all, what do you do when you’re the most famous people on Earth, your only education was in magical destruction, and your purpose in life is now fulfilled?

Of the five, Sloane has had the hardest time adjusting. Everyone else blames the PTSD—and her huge attitude problem—but really, she’s hiding secrets from them . . . secrets that keep her tied to the past and alienate her from the only four people in the world who understand her.

On the tenth anniversary of the Dark One’s defeat, something unthinkable happens: one of the Chosen Ones dies. When the others gather for the funeral, they discover the Dark One’s ultimate goal was much bigger than they, the government, or even prophecy could have foretold—bigger than the world itself.

And this time, fighting back might take more than Sloane has to give.

VERONICA ROTH is the #1 New York Times best-selling author of the Divergent series (Divergent, Insurgent, Allegiant, and Four: A Divergent Collection), the Carve the Mark duology (Carve the Mark, The Fates Divide), The End and Other Beginnings collection of short fiction, and many short stories and essays. She lives in Chicago.

Praise for Chosen Ones

A hugely-imagined, twisty, turning tale that leads through the labyrinths of magic and war to the center of the heart.

—Diana Gabaldon, author of Go Tell the Bees That I Am Gone and the New York Times best-selling Outlander series

With Chosen Ones, Veronica Roth keeps you guessing: playing with perception, multiverse theory, and the struggles that go along with being ‘chosen’ to save the world…she’s created a universe that you never want to leave.

—Amber Benson, author of The Witches of Echo Park

With Chosen Ones, Veronica Roth has pulled off a virtuoso performance, conjuring a stunning thriller/fantasy/sci-fi chimera like nothing I’ve read before, a story of ex-heroes struggling with the trauma of their past, what it means to have once saved the world, and the dark side of destiny.

Chosen Ones by Veronica Roth is the cure for all those humdrum ‘one true savior’ narratives. This dark, complex novel rocked my heart and left me with a renewed sense that saving the world is a job that never ends. Roth’s version of magic is as flawed and fascinating as her characters, and her story keeps you guessing until the wild conclusion. You’ll never look at fantasy heroes the same way again.

—Charlie Jane Anders, Hugo & Nebula Award winning author of The City in the Middle of the Night and All the Birds in the Sky

Roth somehow manages to make universe-building look easy. She sets it all up—world, characters, premise—so smoothly that you hardly notice until you’re a hundred pages in and hurtling down the tracks. An insightful exploration of desire and ambition that also touches on broader societal topics, including celebrity, social media, trauma and recovery. A thought-provoking novel with ample emotion and a sense of playfulness with form. And one more thing: when the inevitable adaptation of Chosen Ones hits the screen someday, I just hope it captures Roth’s fascinating and original theory of magic.

—Charles Yu, author of Interior Chinatown and How to Live Safely in a Science Fictional Universe

Roth made her name by writing bestselling YA action/adventure novels like the Divergent series, so it makes sense that she can so expertly deconstruct those tropes for adult audiences. There’s a lot of magic and action to make for a propulsive plot, but much more impressive are the character studies as Roth takes recognizable and beloved teen-hero types and explores what might happen to them as adults. Roth makes a bold entrance to adult fantasy.

Roth’s successful adult debut (following the bestselling YA Divergent series) puts the popular trope of the teenage “chosen one” under the microscope and delves into both the societal impacts of young shoulders carrying the weight of saving the world and the psychological strains of such a responsibility. […] Readers will be delighted by both the magical adventure and the diverse cast. This is a thoughtful, well-crafted twist on a genre staple.

Chosen Ones gives us a glimpse into a world after the heroes have won, and the result is stunning. Simultaneously heart-wrenching and heart-pounding, Roth’s latest will leave you gutted and wishing for just 10 more pages.