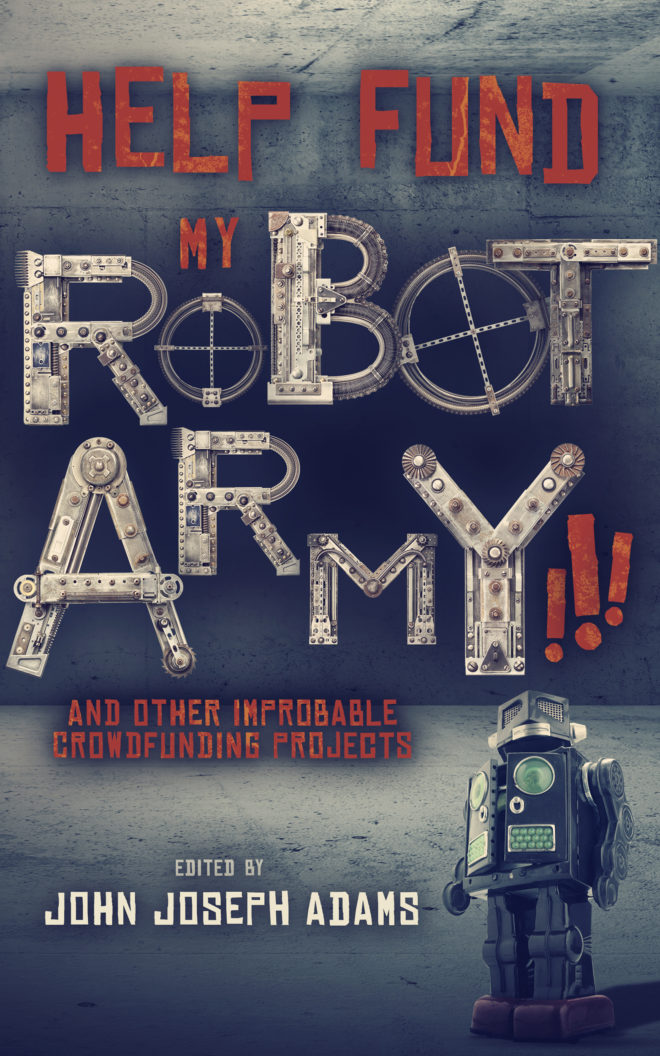 Some are funny. Some are sad. Some are tragic. Some deal with time travel. Some deal with space travel. Some deal with various ways of reuniting with the dead. Some with transplanting consciousness in animals. One deals with Kickstarter itself. Some are hard to classify. [A]ll of the stories herein are clever, creative, and certainly not run of the mill. […] The creativity shown by the authors in sticking with the Kickstarter format and incorporating it into their stories was pretty impressive. […] Help Fund My Robot Army!!! is one of the most impressive anthologies I’ve seen this year. It was certainly the most ambitious. I highly recommend it.

Ever felt that crowd fundraising Kickstarter was too boring and mundane, with people just wanting to fund projects that actually make sense? If you’ve wondered quite how the more insane projects might get off the ground, then pick up a copy of this fun little ebook. Adams has brought together an eclectic group of writers from across the world, and let them run riot. We’ve got the eponymous Robot Army being funded—but there are also projects to bring back the dead, travel through time, deal with sparkly vampires (one of my favourites), and much more. [The stories] range from the laugh-aloud hilarious to the bittersweet and many of them act as a brief window into a much wider story that we only glimpses elements of in the tale. […] A very varied and enjoyable mix of tales.