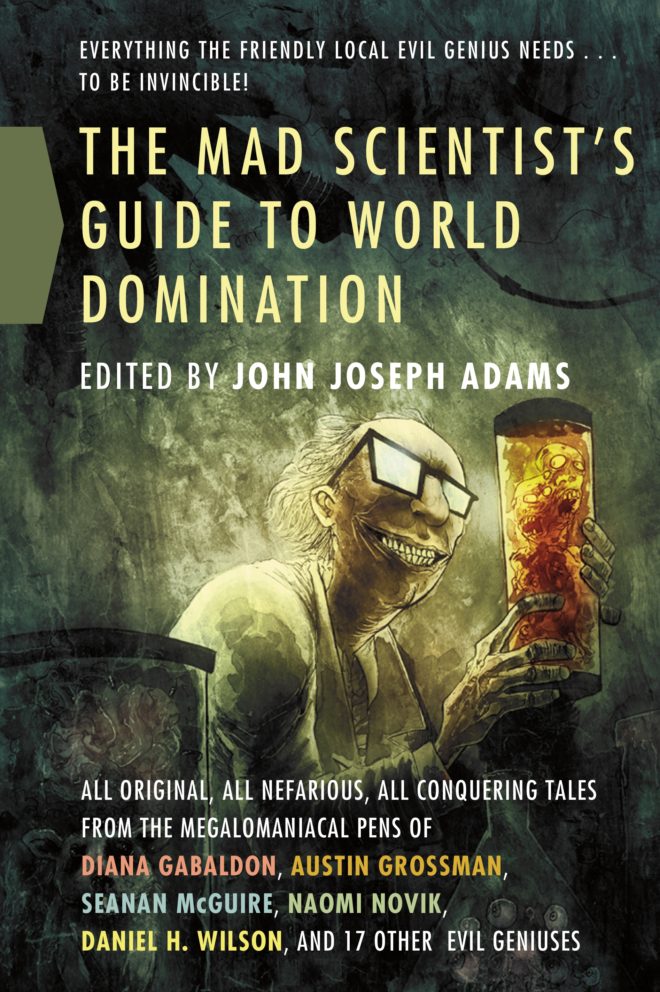 Dr. Frankenstein was the first truly mad scientist of the modern era. And where did it get him? Destroyed by his own creation. And Jules Verne’s Captain Nemo, a man ahead of his time as well as out of his head, what did he do to deserve persecution?

Even Lex Luthor, by all counts a genius, has been hindered not once, not twice, but so many times that it has taken hundreds of comic books, a few films and no fewer than ten full seasons of a television series to keep him properly thwarted.

It’s just not fair. So those of us who are so twisted and sick that we love mad scientists have created this guide. Some of the names have been changed to protect the guilty, but you’ll recognize them. But it doesn’t matter. This guide is not for you. It’s for them, the underhanded, over-brained, paranoiacs who so desperately need our help.

What lies behind those unfocused, restless eyes and drooling, wicked grins? Why–and how–do they concoct their nefarious plots? Why are they so set on taking over the world? If you’ve ever asked yourself any of these questions, you’re in luck: Because we are exposing their secrets, aiding and abetting their evil. It all awaits, within.

Praise for The Mad Scientist’s Guide to World Domination

Veteran anthology editor Adams succeeds again with these frequently lighthearted tales of villains and mad scientists trying to take over the world and get the better of the more appreciated good guys. […] Adams’s entertaining story introductions set the stage for villains to find their own definitions and identities.

A no-holds-barred collection. […] Brilliant […] insightful […] demonstrate[s] the seductive power of the “bad guy.” […] In addition to the overall excellence of the stories, fans of superhero fiction should enjoy the variety of interpretations of the terms “mad scientist,” “super villain,” and “evil genius.”

By turns hilarious, heartbreaking and wonderfully wacky, this anthology is a genuine triumph. […] Every single one of these tales […] is nothing short of stellar. This isn’t just a “must-buy,” it’s a “must buy for every sci-fi fan you know.” [ 4.5 out of 5 stars, a “Top Pick” selection]

[An] anthology to recommend. […] It is perhaps the nature of such a book, featuring stories told from the point-of-view of mad scientists, to show a tropism towards snarky, not quite serious, but quite enjoyable tales of villains justifying themselves.