We’re pleased to announce that bestselling author Karen Joy Fowler has agreed to serve as guest editor for our 2016 volume.

Karen Joy Fowler is the author of The Jane Austen Book Club, which spent thirteen weeks on the New York Times bestsellers list and was a New York Times Notable Book. Fowler’s previous novel, Sister Noon, was a finalist for the 2001 PEN/Faulkner Award for fiction. Her debut novel, Sarah Canary, was a New York Times Notable Book, as was her second novel, The Sweetheart Season. In addition, Sarah Canary won the Commonwealth medal for best first novel by a Californian, and was listed for the Irish Times International Fiction Prize as well as the Bay Area Book Reviewers Prize. Fowler’s short story collection Black Glass won the World Fantasy Award in 1999, and her collection What I Didn’t See won the World Fantasy Award in 2011. Her latest novel, We Are All Completely Beside Ourselves, won the PEN/Faulkner Award for Fiction and was shortlisted for the Man Booker Prize. Fowler and her husband, who have two grown children and five grandchildren, live in Santa Cruz, California. She is the co-founder of the James Tiptree, Jr. Award and the current president of the Clarion Foundation (also known as Clarion San Diego). Learn more at karenjoyfowler.com.

BEST AMERICAN SCIENCE FICTION AND FANTASY 2015 is on sale for just $1.99 today on Kindle! [Amazon] 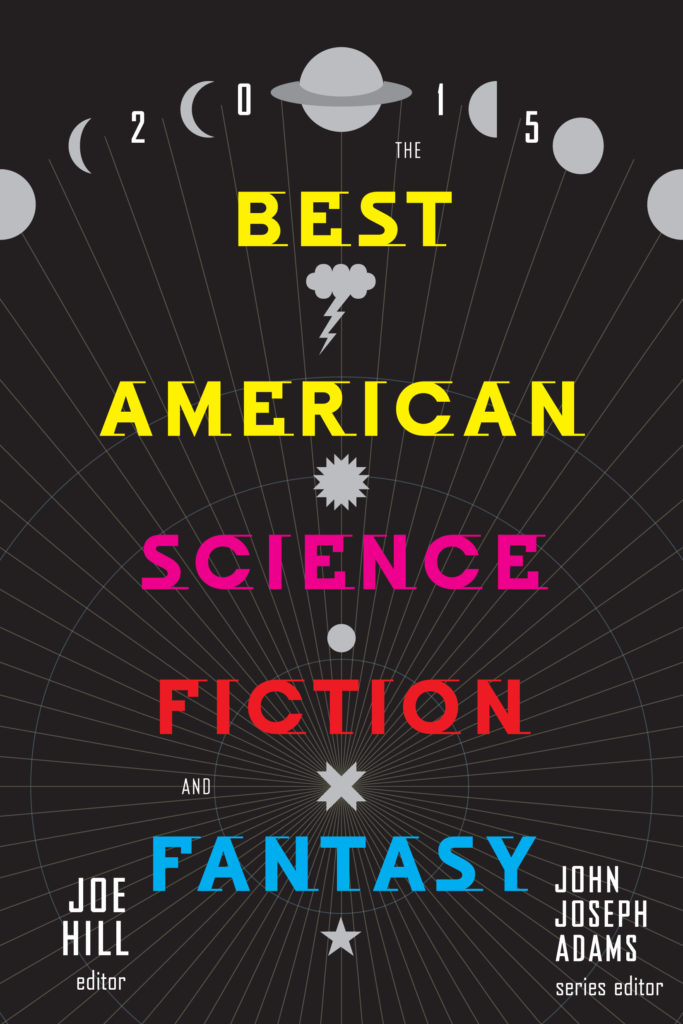 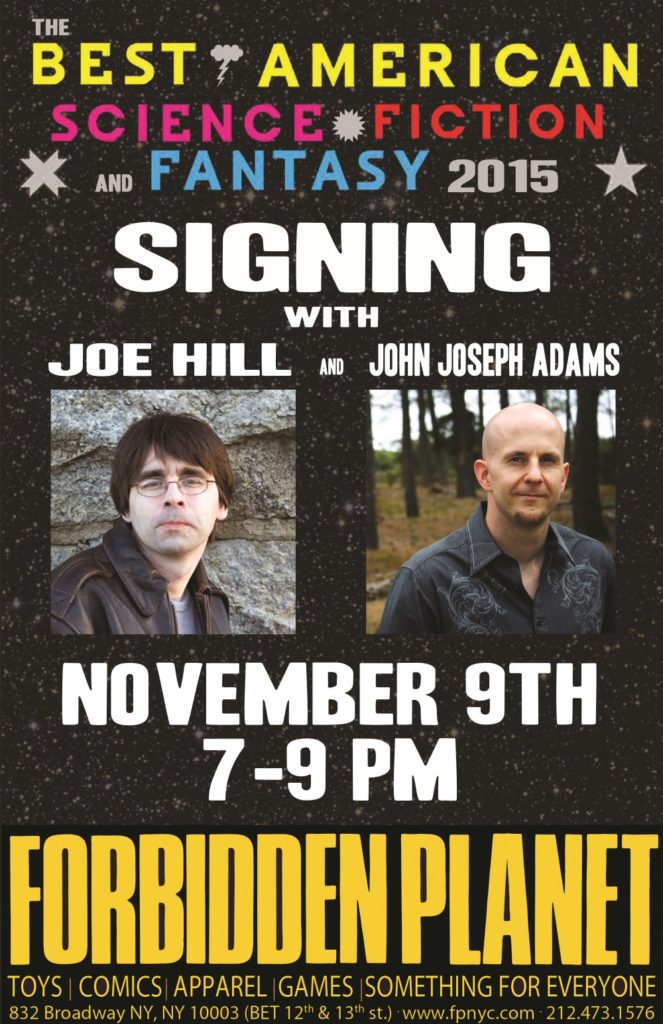 “Whimsical and haunting […] a welcome addition to the Best American series.” —The Washington Post on BASFF 2015 [review]

“For the first time ever, the renowned Best American series of anthologies has published a collection of the country’s best science fiction and fantasy stories. Best American Science Fiction and Fantasy is a terrific book, filled with 20 stories that filter very basic questions about humanity — how do men and women relate to each other? how are we being changed by our technology? what is the relationship between oppressor and oppressed? — through the filters of other genres and even other worlds.” —Vox.com, on BASFF 2015

Clickthrough to see the list of our top ten stories, including discussion about each selection. [article]

“The Best American Science Fiction and Fantasy contains stories that are a delight to read.” —Locus, on BASFF 2015 [review appears in the October 2015 issue]

“An exemplary list of the year’s best short fiction […] The Best American Science Fiction and Fantasy 2015 ultimately brings together an impressive collection of authors exploring a wide range of characters, ideas, and worlds. If you’re a fan of John Joseph Adams and his tendency to lean towards unique, character driven stories, then you’ll certainly enjoy The Best American Science Fiction and Fantasy 2015.” —SF Signal, on BASFF 2015

“Adams and Hill have run through the collective summer forest of our community, coaxed twenty bright, beautiful, and ethereal fireflies into a jar, and given them to the world to enjoy in this collection. […] A powerful collection that is worth your time, attention, and love.” —Tor.com on BASFF 2015 [review]