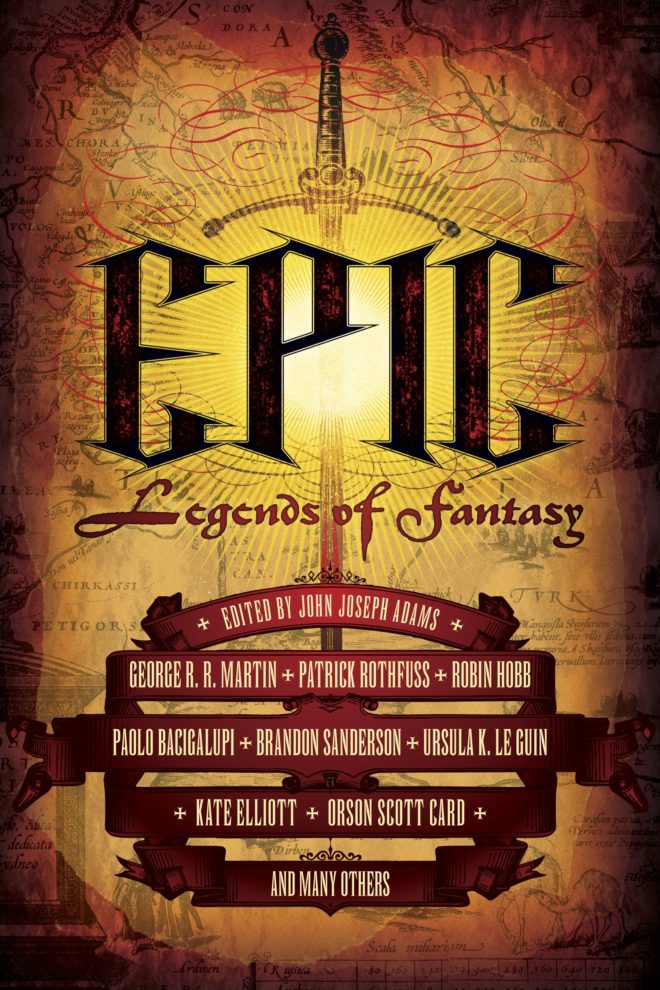 Now acclaimed editor John Joseph Adams brings you the best tales set in the most popular settings of today’s leading authors of epic fantasy. Return again to lands you’ve loved, or visit magical new worlds. Victory against the coming darkness is never certain, but one thing’s for sure—your adventure will be epic.

Praise for Epic: Legends of Fantasy

One of the best epic fantasy anthologies I have ever read. […] Epic: Legends of Fantasy is an anthology that would fit nicely upon the shelf of any fantasy reader.

The best anthology I read this year. John Joseph Adams is gifted in both selecting and organizing the stories. While there were some stories I enjoyed more than others, there were no actual misses, which is rare for an anthology. […] I highly recommend Epic: Legends of Fantasy for all lovers of epic fantasy fiction. You will not be disappointed.

A success […] Adams achieves a repositioning of the definition of epic fantasy, one that renders it both more accessible and more vital.