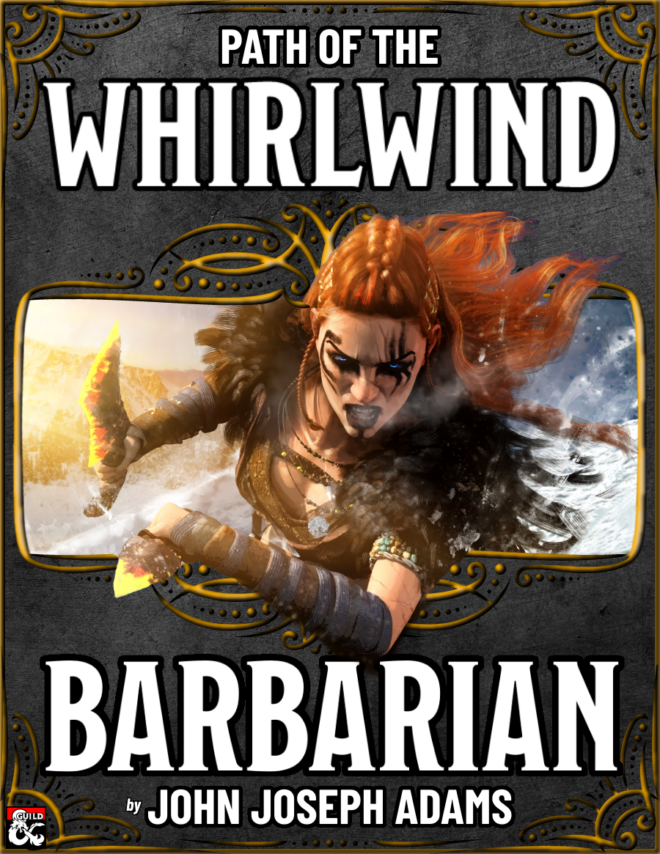 Path of the Whirlwind

Fight With Two Weapons as a Barbarian Without Feeling Suboptimal!

The first barbarians who walked the Path of the Whirlwind had been under the thrall of a sadistic tyrant who over time had turned his people from kinsmen to slaves. When the inevitable revolution came, the rebels took up what few weapons they could find. Large sticks that could be used as clubs were plentiful, as were axes for chopping wood and short blades used for skinning game; thus, the people armed themselves with a weapon in each hand and went to face down their oppressor. But as they marched toward the tyrant’s hut, the skies darkened and a whirlwind formed—as if summoned by the collective rage of the downtrodden—and touched down directly on top of the villain’s abode, hauling him up into the heavens in the funnel cloud. And thus he had become subject not only to the wrath of those he had wronged, but also of the gods themselves.