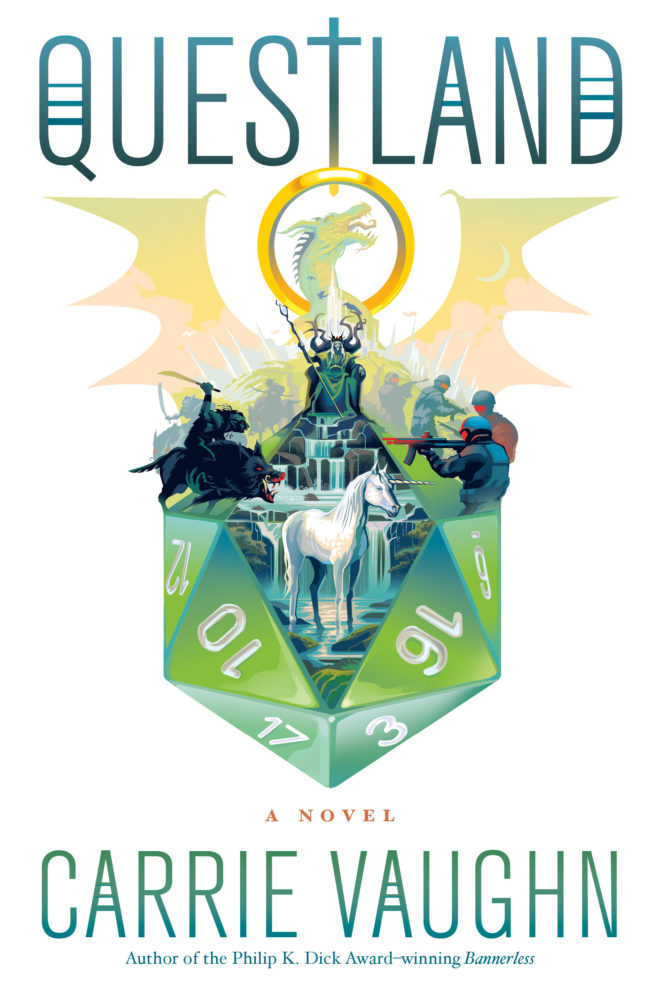 YOU FIND YOURSELF IN A MAZE FULL OF TWISTY PASSAGES…

Literature professor Dr. Addie Cox is living a happy, if sheltered, life in her ivory tower when Harris Lang, the famously eccentric billionaire tech genius, offers her an unusual job. He wants her to guide a mercenary strike team sent to infiltrate his island retreat off the northwest coast of the United States. Addie is puzzled by her role on the mission until she understands what Lang has built: Insula Mirabilis, an isolated resort where tourists will one day pay big bucks for a convincing, high-tech-powered fantasy-world experience, complete with dragons, unicorns, and, yes, magic.

Unfortunately, one of the island’s employees has gone rogue and activated an invisible force shield that has cut off all outside communication. A Coast Guard cutter attempting to pass through the shield has been destroyed. Suspicion rests on Dominic Brand, the project’s head designer— and Addie Cox’s ex-boyfriend. Lang has tasked Addie and the mercenary team with taking back control of the island at any cost.

But Addie is wrestling demons of her own—and not the fantastical kind. Now, she must navigate the deadly traps of Insula Mirabilis as well as her own past trauma. And no d20, however lucky, can help Addie make this saving throw.

Carrie Vaughn’s work includes the Philip K. Dick Award winning novel Bannerless, the New York Times Bestselling Kitty Norville urban fantasy series, over twenty novels and upwards of 100 short stories, two of which have been finalists for the Hugo Award. An Air Force brat, she survived her nomadic childhood and managed to put down roots in Boulder, Colorado. Visit her at www.carrievaughn.com.

Gamers rejoice! Carrie Vaughn has conjured up a fun and fast-paced story filled with elves, d20s, and Monty Python riffs.

Carrie Vaughn’s Questland is a fantasy lover’s thrill ride. Between the geektastic protagonist and the snappy, yet elegant prose, Vaughn will bring you straight to Mirabilis and may even keep you there for good.