Today’s a big day for John Joseph Adams Books: Today is the official publication date of two of our titles, including the first original (never-before-published) title I acquired for the imprint.

First up, we have Bannerless by Carrie Vaughn, the aforementioned first original acquisition for the imprint. 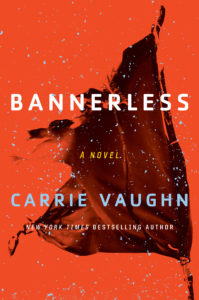 Enid of Haven is an Investigator, called on to mediate disputes and examine transgressions against the community. She’s young for the job and hasn’t yet handled a serious case. Now, though, a suspicious death requires her attention.

And then we have Sand by Hugh Howey, the fourth reissue of his (previously self-published) works that we’ve published now—having previously reissued Shift, Dust, and Beacon 23 last year when we did our “pre-launch” of the imprint. In October, we’ll be publishing a collection of his short fiction, Machine Learning, which will be appearing for the first time anywhere. 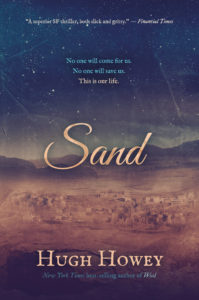