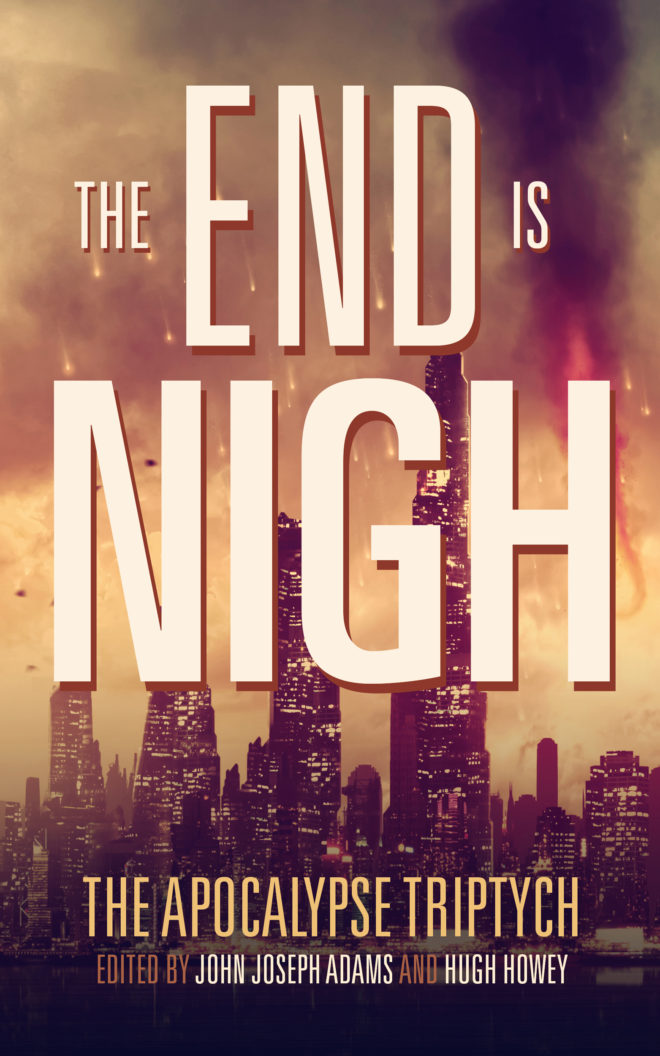 Praise for The End is Nigh

Adams and Howey are a two-man tour-de-force of post-apocalyptic lit. […] Ultimately, the best thing about The End Is Nigh is how elegantly it balances on the thin line between beauty and devastation. There’s no story in the book that didn’t break my heart at least a little, and there’s none of the twenty-two that hasn’t stuck with me, hard.

The End is Nigh delivers the “endtimes” in a wide variety of ways. It’s the opening volume of “The Apocalypse Triptych,” a series of three anthologies focusing on the three stages of the apocalypse: before (The End is Nigh), during (The End is Now) and after (The End Has Come). It’s a great way to bring fresh new perspectives to a type of story that’s been told for as long as storytelling has been around and, if this first volume is any indication, the “Triptych” is destined to be a favorite among end-of-the-world enthusiasts.”

Some of these stories will make it onto the award ballots and into the year’s best anthologies, and deservedly so. The anthology as a whole will probably be up for best anthology on some ballots, too.

I don’t, as a rule, like anthologies. Often there are a handful of great stories sown amongst a sea of unreadable ones. I’ve never read an entire anthology through from cover to cover. Until now. John Joseph Adams has done something grand, putting these stories together. The quality of contributors is amazing and the works themselves complement each other nicely. […] Every single one is well-written and thought provoking, which is exactly the way apocalyptic fiction should be.  Nearly all of them break your heart at some point, in ways that you just don’t see coming.

—After the Last Day