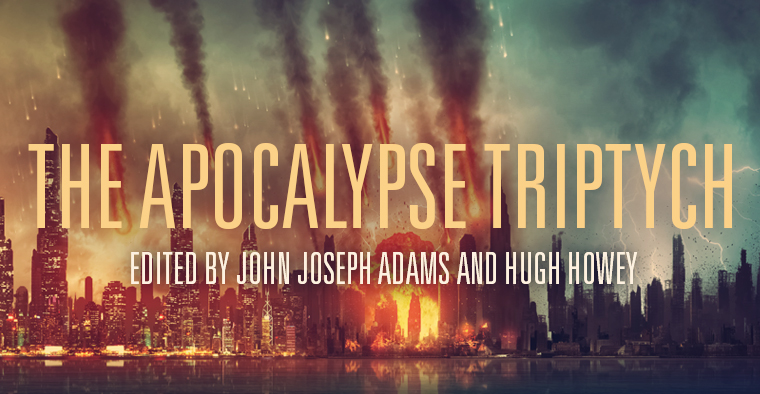 THE APOCALYPSE TRIPTYCH is a series of three anthologies of apocalyptic fiction, exploring three different facets of the form:

THE APOCALYPSE TRIPTYCH will include stories by authors such as Paolo Bacigalupi, Seanan McGuire, Ben H. Winters, Elizabeth Bear, Scott Sigler, Robin Wasserman, and many more. Additionally, each volume will include a brand new story by Hugh Howey set in the world of his bestselling novel Wool.

To learn more about the project, check out io9’s coverage of the announcement, or visit the official website.