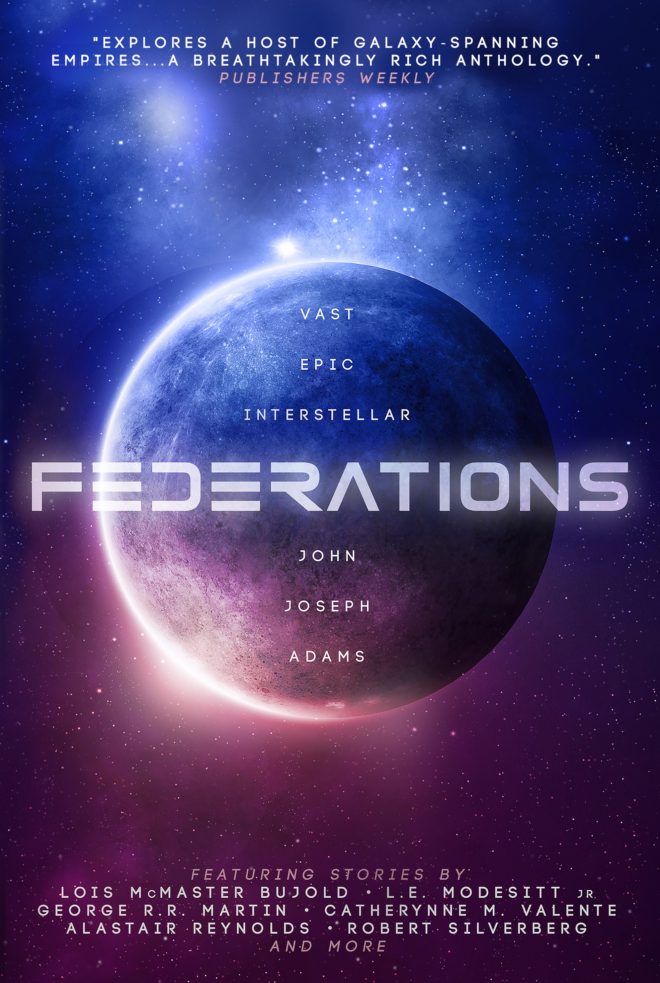 From Star Trek to Star Wars, and from Dune to Foundation, science fiction has a rich history of exploring the idea of vast interstellar societies, and the challenges facing those living in or trying to manage such societies. The stories in Federations continue that tradition, and herein you would find a mix of all-new, original fiction, alongside selected reprints from authors whose work exemplifies what interstellar SF is capable of, including Lois McMaster Bujold, Orson Scott Card, Anne McCaffrey, George R. R. Martin, L. E. Modesitt, Jr., Alastair Reynolds, Robert J. Sawyer, Robert Silverberg, Harry Turtledove, and many more. 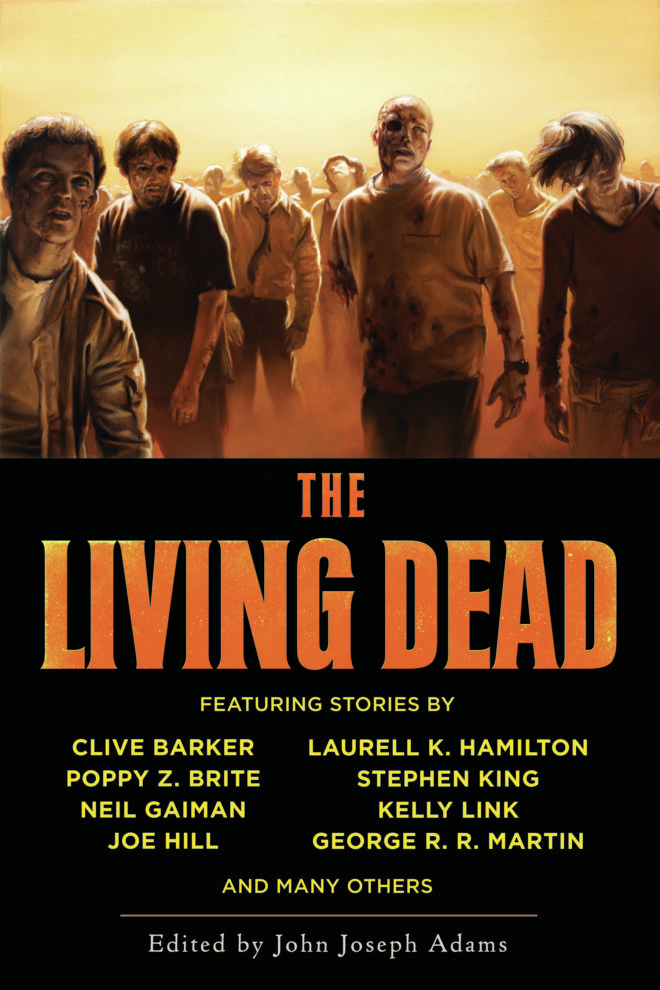 From White Zombie to Dawn of the Dead, from Resident Evil to World War Z, zombies have invaded popular culture, becoming the monsters that best express the fears and anxieties of the modern west. The ultimate consumers, zombies rise from the dead and feed upon the living, their teeming masses ever hungry, ever seeking to devour or convert, like mindless, faceless eating machines. Zombies have been depicted as mind-controlled minions, the shambling infected, the disintegrating dead, the ultimate lumpenproletariat, but in all cases, they reflect us, mere mortals afraid of death in a society on the verge of collapse. Gathering together the best zombie literature of the last three decades from many of today’s most renowned authors of fantasy, speculative fiction, and horror, including Stephen King, Harlan Ellison®, Robert Silverberg, George R. R. Martin, Clive Barker, Poppy Z. Brite, Neil Gaiman, Joe Hill, Laurell K. Hamilton, and Joe R. Lansdale, The Living Dead, covers the broad spectrum of zombie fiction, ranging from Romero-style zombies to reanimated corpses to voodoo zombies and beyond. 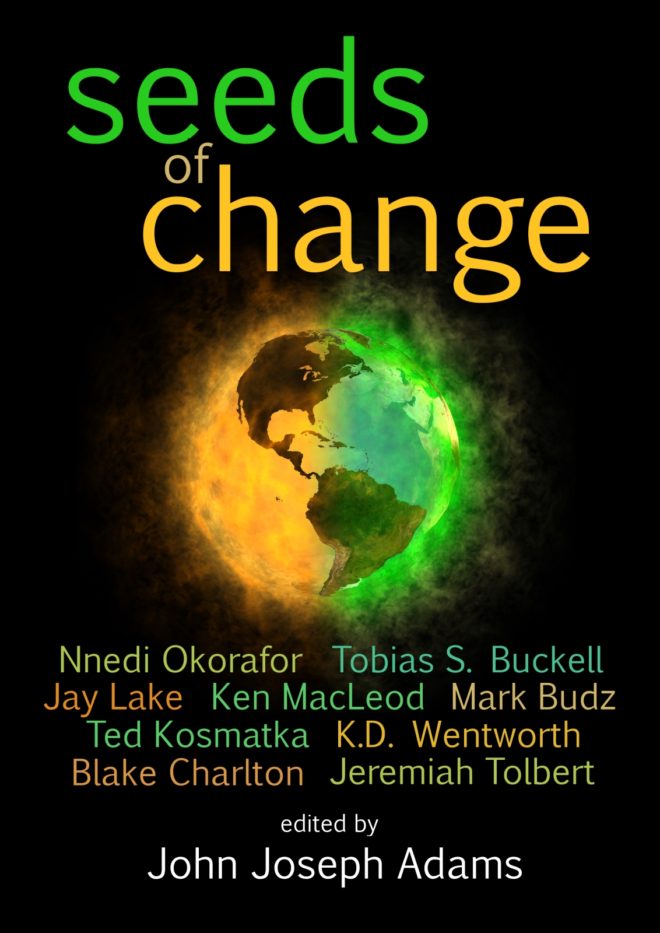 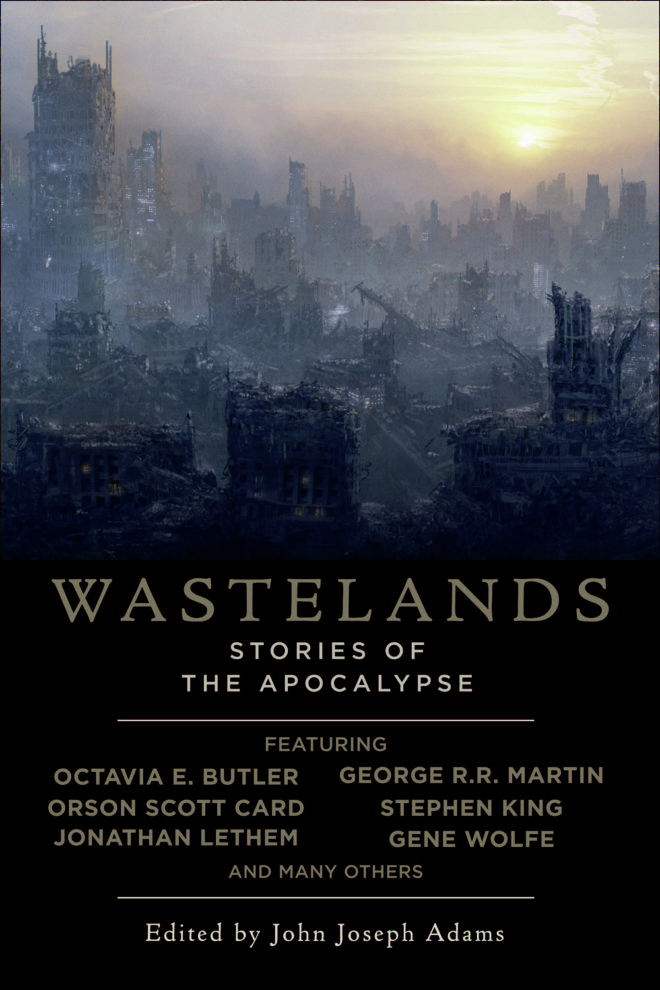 Wastelands: Stories of the Apocalypse

Famine, Death, War, and Pestilence: The Four Horsemen of the Apocalypse, the harbingers of Armageddon—these are our guides through the Wastelands… From the Book of Revelation to The Road Warrior; from A Canticle for Leibowitz to The Road, storytellers have long imagined the end of the world, weaving eschatological tales of catastrophe, chaos, and calamity. In doing so, these visionary authors have addressed one of the most challenging and enduring themes of imaginative fiction: the nature of life in the aftermath of total societal collapse. Gathering together the best post-apocalyptic literature of the last two decades from many of today’s most renowned authors of speculative fiction—including George R.R. Martin, Gene Wolfe, Orson Scott Card, Carol Emshwiller, Jonathan Lethem, Octavia E. Butler, and Stephen King—Wastelands explores the scientific, psychological, and philosophical questions of what it means to remain human in the wake of Armageddon.